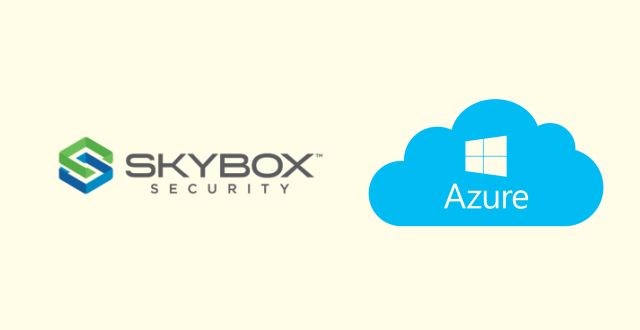 The Skybox Security Suite easily integrates with Azure VNet, incorporating the virtual environment in its network model to provide normalized visibility and access simulation capabilities across public, private and hybrid IT networks. This capability improves configuration security and enables security teams to quickly understand Azure’s role in the integrity of an entire network.

“We’ve reached the tipping point for cloud with more than 60 percent of organizations now pursuing a hybrid IT approach. Cloud security, however, remains a challenge for most,” said Skybox VP of Products Ravid Circus.

According to the Cloud Security Alliance (CSA), one of the top threats to companies in cloud environments is the risk of exploited system vulnerabilities.

“The only way to effectively prioritize those vulnerabilities is by having visibility of the organization’s entire attack surface, regardless of the environment,” Circus explained. “And, you need context. We not only show how the virtualized network contributes to an organization’s attack surface, we give the context needed to understand where potentially exploitable vulnerabilities exist.”

Skybox automatically integrates Azure VNet data into the network model, including gateway routing, VPN connections, subnets, hosts and security groups. Through one normalized view, security teams can analyze network access paths, both north-south (into and out of the data center) and east-west (within it). This improves access troubleshooting and understanding of potential attack paths.

Learn more about Skybox and Microsoft Azure interoperability at www.skyboxsecurity.com.