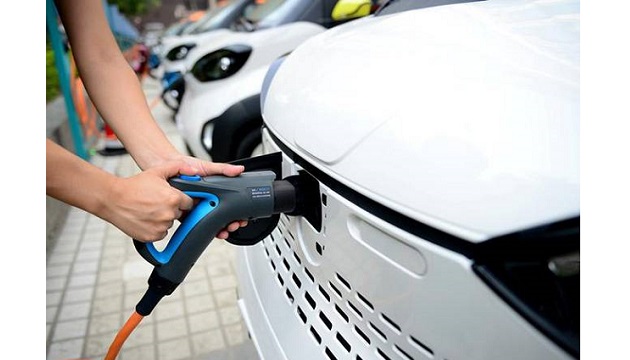 Like private and public transport cars, electric vehicles are also getting their separate type of number plates. The Government of India announced that EVs will be marked by green coloured number plates, the first batch of which has been pushed out. Mahindra Electric is the first company to get these green number plates on its electric car, Mahindra eVerito. Bengaluru-based start-up Lithium Urban Technology is the first to get a green-number-plated car.

Minister of Road Transport and Highways, Nitin Gadkari believes that these number plates will encourage people to use EVs. Furthermore, all required permits for vehicles running on alternative source of fuel have been done away with. This includes vehicles running on CNG, methanol and biofuel, along with EVs. All such vehicles including auto rickshaws, cabs and buses can now run across India permit-free. Gadkari confirmed that all the states have agreed to abide by this decision of the Centre.

The green number plate on EVs has numbers in white font for private vehicles, and in yellow font for commercial vehicles and cabs. The government is also pushing for the usage of alternative fuel such as CNG, ethanol and methanol.

Talking at the MOVE Global Mobility Summit, PM Modi said that organisations like the ISRO and other institutions can partner up to create cost-effective options for EVs in India. “The Indian Space Research Organisation uses one of the best battery systems to run satellites in space. Other institutions can partner with ISRO to develop cost-effective and efficient battery systems for electric cars,” he said.

Automakers have also asked the Modi government for a single long-term policy so that future technology can be implemented seamlessly. Frequent changes in the tax structure and emission norms have hindered the Indian auto industry’s potential growth. Absence of an EV policy is also not helping matters. A stable EV policy is also required if India is to achieve its 15% EV goal in the next 5 years.