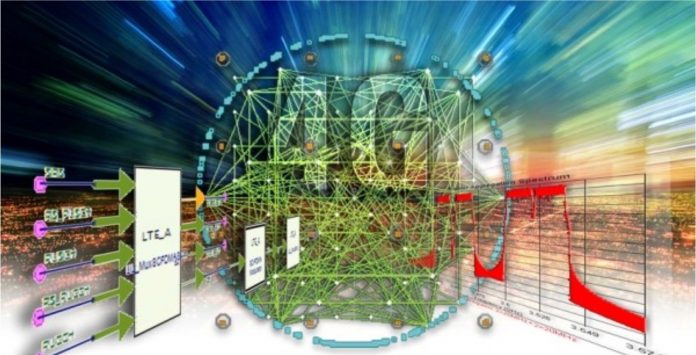 LTE is the first technology designed explicitly for Next Generation Networking (NGN) and is set to become the de-facto NGN mobile access network standard. It takes advantage of NGN capabilities to provide an always-on mobile data experience comparable to wired networks.

TDD/FDD Access
LTE standards support the use of both Time Domain Duplex (TDD) and Frequency Domain Duplex (FDD) from the same set of standards, and with the same air interface characteristics.

MIMO
Multiple Input Multiple Out (MIMO) is an antenna technology that, together with signal processing, can either increase capacity (spatial multiplexing) or signal-to-noise ratio (transmit diversity) in a radio link.

In LTE using 2×2 / 4×2 MIMO with spatial multiplexing, the user data is separated into two data sets each fed to two / four transmit antennas and received by two receive antennas. Because of multi-path, each data set travels a distinct RF path with different propagation characteristics. The algorithm used to split and recombine the data allows the system to make use of the independence of these two paths in order to improve throughput. The two data streams occupy the same RF channel at the same time. This doubles the data rate possible on the air interface link.

When using MIMO with transmit diversity, the same user data is transmitted from both antennas, and at each receiver, replicas of the signal are processed. This duplication enhances signal-to-noise ratio and improves signal robustness. 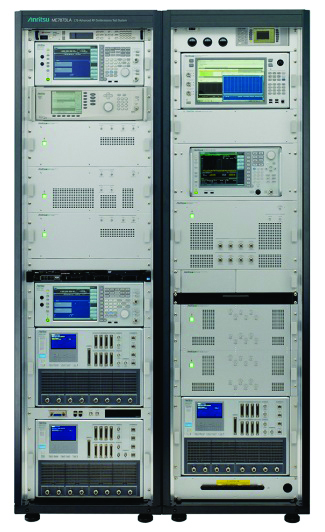 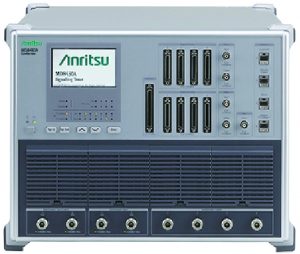 Anritsu Signaling Tester MD8430A received the Best VoLTE or LTE Broadcast Product award at the 2016 5G & LTE North America Awards held on November 14-16 in Dallas USA. The MD8430A was recognized for its innovation and exceptional impact for R&D test within the LTE eco-system.

Wireless devices are evolving quickly into multimedia smartphones with fast data connections due to widespread deployment of high-speed standards, such as LTE/LTE-Advanced. The Signalling Tester MD8430A is a key LTE-Advanced base station simulator for developing LTE-Advanced-compliant chipsets and wireless devices. In addition to verifying normal communications procedures, it supports fault operation tests, which are difficult to perform at connection with live base stations. It also supports LTE/LTE-Advanced terminal R&D and verification tests under various conditions. Based on extensive experience in 3G markets, Anritsu has developed the MD8430A as a powerful LTE-Advanced protocol/R&D test solution to help developers bring LTE-Advanced wireless devices to market as fast as possible.

PIM Hunter satisfies the global market need for a simple, efficient method of addressing a growing concern for mobile operators. It complements Anritsu’s patented Distance-to-PIM (DTP) technology that determines the distance between the antenna and external PIM. A technician can walk along the arc of that distance with PIM Hunter to detect the exact source of the external PIM. Integrating PIM Hunter with any of the compatible Anritsu handheld analyzers featuring Burst Detect Sweep Mode creates the tool set required to precisely identify external PIM sources for faster site repair. It is especially useful for detecting PIM on rooftops, the most common location for network densification in urban environments.

PIM Hunter has been custom designed to support external PIM identification over the 600 MHz to 2700 MHz frequency range. With the PIM Hunter test probe connected to a spectrum analyzer in burst detect mode and an appropriate band-pass filter installed, technicians can track and locate IM3 signal sources that cause PIM. When the probe tip comes in close proximity to a source, the PIM value increases by as much as 30 dB, indicating the precise location of the interferer.

Unlike traditional near field probes, the PIM Hunter utilizes patent-pending technology to return a consistent signal level regardless of probe orientation with respect to the PIM source. Accuracy is further assured because the probe is manufactured using low PIM construction techniques so the probe does not act as a PIM source. A 35-inch (0.9 m) extension shaft allows the test operator to remain a safe distance away from antennas under test.

Anritsu is dedicated to supporting the continued evolution of LTE and LTE Advanced, as well as migration to 5G test requirements. As 5G R&D and integration requirements continue to accelerate, Anritsu will keep pace by providing solutions in a manner similar to our 4G leadership position so wireless chipset, device manufacturers and carriers have the highly accurate and cost-efficient solutions they require for success of telecom eco system.