Lifetime Analysis of PrimePACK Modules with IGBT5 and .XT 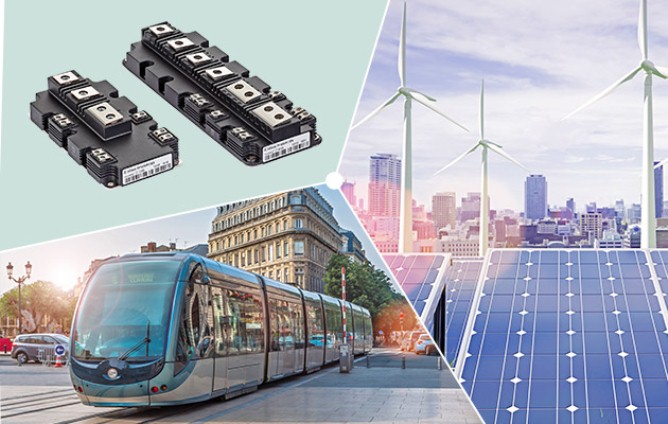 One of the major criterions for the reliability of power modules is the capability to withstand cyclic active thermal loads. The improvement of the die attach technology as well as the top-side interconnect and the substrate-to-baseplate solder will lead to a better thermal cycling capability and along with that, the new .XT joining technology will significant increase the lifetime of the module.

To predict the lifetime of a power module based on a defined mission profile, lifetime models were developed for the standard packaging technologies. These models take the relative temperature swing ΔT, the mean Tvjm, and maximum junction temperatures Tvjmax as well as the duration of thermal stress (ton) into account.

The novel joining technology .XT for PrimePACK power modules has been introduced to meet the future requirements of higher reliability and temperature stability. Using copper wire bonds for the top-side interconnect and silver sintered die attach layers led to a significant increase of lifetime. With the introduction of these new interconnect methods it was possible to increase the lifetime and temperature stability of power modules.

Failure Mechanisms
In general, thermally induced mechanical stresses in a chip-to substrate or a wire bond interconnect are caused by a coefficient of thermal expansion (CTE) mismatch between the joint partners or by an inhomogeneous spatial temperature distribution during thermal cycling. Thus, the degradation and failure of the interconnects are defined by the properties of the interconnect materials themselves. The ability of a material or interconnection to withstand a given thermally induced stress is determined by several key properties. In general, a low plastic deformation during temperature cycling results in lower mechanical damage. This indicates a higher reliability of materials with increased mechanical strength. In addition, high values for parameters such as total elongation at break point to an increased robustness against the plastic deformation.