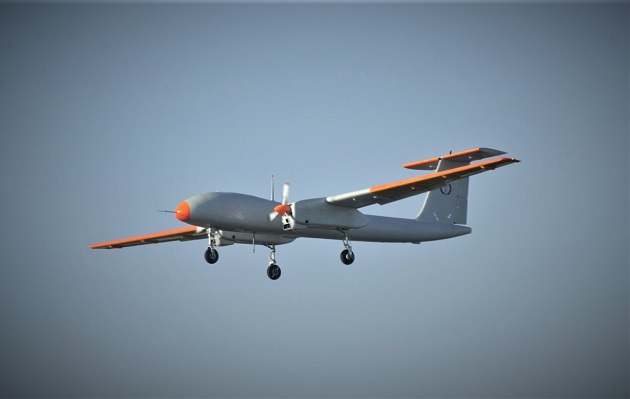 Defence Research and Development Organisation (DRDO) handed over Retractable Landing Gear (RLG) Systems for Tapas and SWiFT UAVs and 18 types of filters for P-75 Submarine to the Indian Ministry of Defense in a ceremony held in Chennai city.

The equipment was developed by DRDO’s Combat Vehicles Research and Development Establishment (CVRDE). The design, development and testing of the three-ton RLG for Tapas UAV system are being carried out in co-ordination with CEMILAC and DGAQA for certification. The tricycle nose wheel type multidisciplinary, hydro-electro-mechanical system is now being manufactured by an Industry at Coimbatore city. First set of Retractable Landing Gear system developed by industry was handed over by Director CVRDE, Chennai to the Director, ADE Bengaluru.

CVRDE has also designed and developed one-ton RLG System for a different class of UAV known as SWiFT. This system is designed and developed for accommodating the Landing Gears within the constrained bay volume. It is manufactured with the help of Indian industry with due inspection and certification of CEMILAC and DGAQA. This system was also handed over to ADE, Bengaluru.

Eighteen types of indigenously developed hydraulic, lubrication, seawater and fuel filters for P-75 Submarine were designed and developed by CVRDE. These filters are now being manufactured with the help of Indian Industries based at Hyderabad and Chennai. This indigenization project was funded by DRDO and Navy jointly. Two sets of these filters, duly qualified by DQA (N), were handed over to Indian Navy.

Webley & Scott to launch ‘Made in India’ revolvers