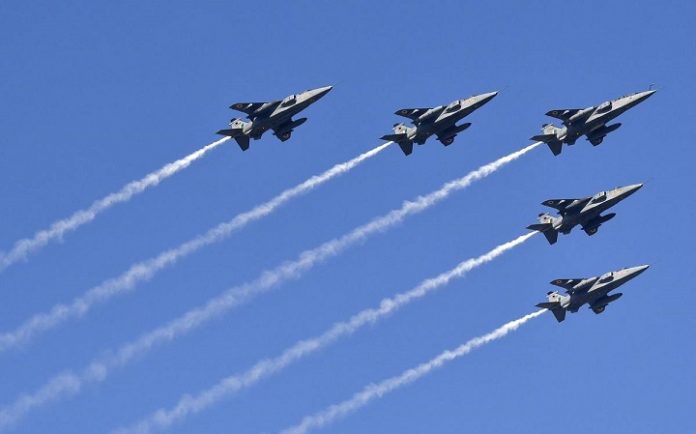 India has reserved over Rs 70,000 crore of its defence capital budget only for the domestic sector as part of a series of steps to remove the tag of being among the world’s largest importer of weapons.

Announcing that 63 per cent of the outlay in the current budget is for domestic procurement, Defence Minister Rajnath Singh said that it would go a long way in boosting the industry and another negative list for imports is likely to be issued soon.

“My Ministry has planned to invest, about 63% of the outlay for 2021-22 on domestic procurement, about Rs.70221 Crore for domestic defence procurement during for 2021-22,” the minister said at a seminar on the defence budget organised by the Society of Indian Defence Manufacturers (SIDM).

This is the second year running in which a part of the funds has been reserved for domestic procurement with the aim of building up the defence manufacturing ecosystem. “This increase will have a positive impact on enhanced domestic procurement, having a multiplier effect on our industries including MSMEs and Start-ups. It would also increase the employment in the defence sector,” Singh said.

The other major initiative to cut imports is the negative list, which is being progressively implemented from 2020-2024, with the forces drawing up a list of items in partnership with DRDO and the Indian industry. The minister has now suggested that the next list which will be issued shortly should also consider an embargo on spares being imported.

“We now intend to notify the next list of items and would also request Secretary DMA (Gen Bipin Rawat) that they should also consider including certain spares currently being procured from outside so that we could indigenize the same,” he said.

The minister also spelt out India’s vision to be a major global arms exporter, urging the industry to work towards the goal. “Our initiatives have resulted in a staggering 700% growth in defence exports in the last 6 years. India entered in the list of top 25 Exporters in the world as per data published by SIPRI in 2020,” he said, adding that the target is to achieve $ 5 billion of exports annually.