India – an eye of the storm and apostle of hope 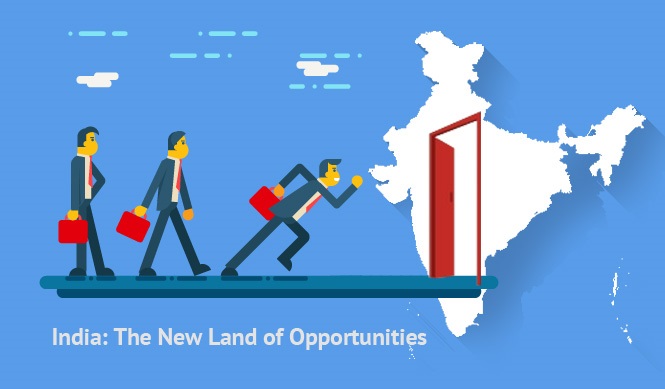 Covid-19 is going to be with us for quite some times now. We don’t think we can eliminate the virus long term. We are going to need to learn to live with the virus. The most beneficial thing that came out for the country during the pandemic is that it is somewhat successful in luring companies to shift their manufacturing facilities from China to India.

China is facing the wrath of the world for spreading the pandemic. Again China is throwing punches and provoking its neighbours and resorting to expansionist policies all across its borders and impressing upon its claim on the blue waters in South China Sea.

The novel coronavirus outbreak that affected 215 countries, killing 519,083 people has earned the wrath of Super power USA, Europe, and Asian countries. The military action against India, Hong Kong, Taiwan and Japan is the testimony to China’s hostile aggression towards other countries.

Moreover China is accused of luring developing or underdeveloped countries to borrow money for infrastructure projects and later controlling them if they fail to pay off their loans in time in order to sustain its ambitious BRI, which would pave the way for its global leadership in the future. China’s above policies has dealt a major blow to country’s image with its credibility damaged grievously.

As predicted by ELE Times in the month of March 2020 that it is not going to be easy for China post COVID-19. China is being perceived as a threat to the world. Consequently the world is drifting away from China economically and ready to face its military onslaught.

The credibility crises will put China’s trade under threat in the light of COVID-19 and the recent military build-up in South China Sea and on India borders. Off late China’s trade with ten leading countries including India is worth USD 1396345576000. China’s exports fell 6.6% in March 20 from a year ago while the economists had expected exports from China to fall 14% in March from a year ago.

Tariff increases, import bans, stricter customs procedures, export duties and other such measures might levy on China in the time to come. India Imports from China of Electrical and electronic equipment was US$19.97 Billion during 2019 which is likely to be slashed by 30 to 50 percent in 2020. The surge of ‘boycott China’ is getting stronger with every passing day.

With the above background Global Players are looking for opportunities to make India market entry on account of Strong Political Stability, Competitive Taxation Policies and Easy availability of land and labour. India is one of the most progressive countries across the globe, having enormous potential and a huge market with a population of around 1.38 billion people. India is one of the fastest growing economy in the world, holding the fifth position after leaving behind United Kingdom and France. The country’s GDP was recorded around USD 2.94 trillion in 2019. Looking at the enormous business potential in India the countries FDI is drastically increasing every year and major players are making an entry into the Indian market. Also, government policies and campaigns such as Make in India initiative are further expected to hold immense potential for the country’s economy.

All said and done, this slice of time period will be remembered as the turning point in the history of the world and India in particular, where India becoming the leading power that will ultimately lead to ‘peace and tranquillity’ in the world.