India Aims to Become ‘Factory for the World’ 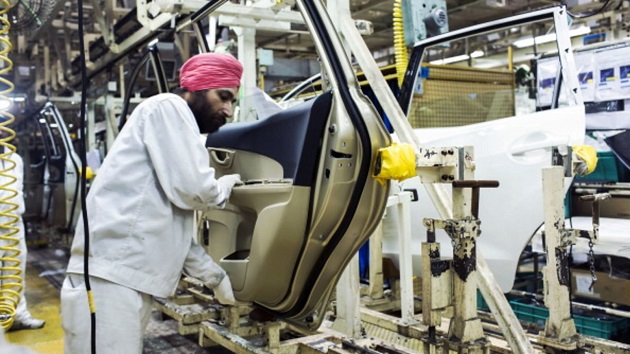 Despite a population of nearly 1.4 billion, including a well-educated and trained workforce, India hasn’t been viewed as a global hub for electronics manufacturing. Only recently has that perception begun to change.

The country is less advanced when it comes to building out an ecosystem of submodule producers, including wafer fabrication, which are essential to a complete manufacturing environment. The Indian government is undertaking extensive efforts in that area, Kapoor notes.

Also lacking is a full range of easily accessible raw materials. Up to 80% of the value of a tech manufacturing supply chain lies in the production of “active” materials such as microprocessors, memory, ancillary chips, power management and CPUs. “None of that is manufactured in India,” Kapoor says. For such components, producers still must turn to Taiwan, China, South Korea, Europe and the U.S. A similar shortfall exists with “passive” raw materials, consisting of “nuts and bolts” such as resistors and capacitors, which Kapoor calls “poor cousins of active materials — but without them, you cannot make product.”

India’s government might not have thought at the time that the mobile phone initiative could serve as a blueprint for other types of electronics production, but that seems to be the case now. Nevertheless, a substantial amount of investment by the big contract manufacturers, along with extensive government support, is still required for India to fulfill its ambition as a global production hub for electronics. And there remain some obstacles to overcome.

One is bureaucracy. Despite government lip service to promoting increased manufacturing for the world, “the business environment in India hasn’t been that conducive,” Kapoor says. India still must prove its capabilities to the point where it exerts “a gravitational pull” away from China and South Asia, which have dominated the electronics sector for years.

The U.S. trade war, coupled with the coronavirus pandemic, have prompted many businesses manufacturing in China to reconsider their sourcing strategies. But for India to become a solid producer of high-tech products, it must offer something more than a temporary alternative. “Companies are looking for real supply-chain resiliency,” says Kapoor. “They need an alternate ecosystem.”

When that happens is anyone’s guess at this point, with success depending on the willingness of all elements of the electronics industry to locate operations within India’s borders. Says Kapoor: “It’s at least a three- to five-year plan for India, to claim that we can be a factory for the world.”