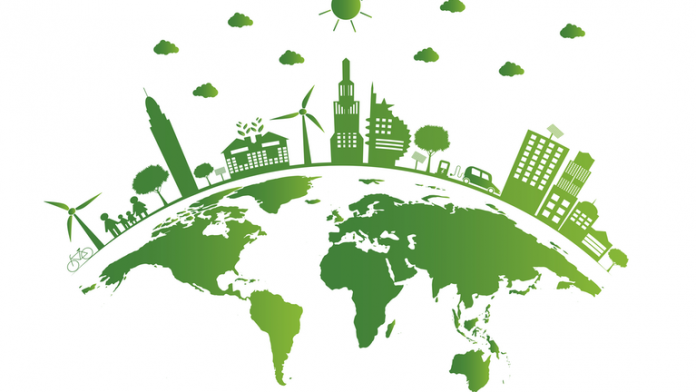 With U.S. climate envoy John Kerry’s visit to India a rumour of a potential net zero announcement by India is doing the rounds. A recent flurry of reports and commentary has thrown the spotlight on India’s emerging ‘net zero’ emissions position. Whether net zero is slated for 2050 to beat China by a decade, 2047 to help mark 100 years of Independence, or some other year matters less than the trajectory India follows to achieve it.

In our view, a net zero plan for India that combines credibility and realism with ambition is highly desirable.

In framing the whole-of-country policy landscape required, the year in which India can achieve net zero needs to be identified based on a detailed roadmap for all sectors.

Until now it was a grey area. But detailed analyses from the CEEW and a joint report by TERI and Shell chart the pathways, providing insights as to what net zero entails in terms of action required.

We believe that India needs to adopt a sectoral approach for achieving carbon neutrality. In sectors and industries like power, transport, new building construction and energy efficient appliances, where there are cost-competitive clean energy alternatives available, net zero can be achieved much earlier.

Furthermore, India needs to establish whether to take a top-down or bottom-up approach. We are already seeing net zero announcements by various companies such as Tata, Reliance, Mahindra, ITC, Adani and Dalmia Cement which are pledging to move voluntarily towards carbon neutrality.

In addition to deployment of clean energy technologies, the government needs to accelerate the phasing out of inefficient older coal plants. The government has extended the 2022 timeline for adoption of environmental norms by the thermal power plants by a further three years, despite being one of the biggest contributors to local air pollution.

While net zero is technologically feasible, what we require is the investment to adopt those lower cost, domestic technologies at unprecedented scale.

While such technologies are aimed specifically at reducing greenhouse emissions, they could also help tackle long-standing challenges such as air and water pollution and deforestation, jump-start action on important policy reforms and provide an investment framework attractive to domestic and overseas funders, while building India’s energy security.

In our view, there is no dearth of investment funding availability, but what is required is political willingness and policy certainty to attract both national and global capital to renewable energy technologies. Investment into these technologies will also help India to not only meet its environmental objectives, but social objectives as well through job creation, improved health and well-being, increased productivity etc.

India requires US$400-500bn to achieve its 2030 450-gigawatt (GW) renewable energy target. The CEEW report talks about a 55-fold increase over 2019’s renewable capacity. Extrapolating the investment numbers to 2050, this translates to up to US$6 trillion of investments for the power sector.

Given the deflationary renewable energy prices, the investment requirement could be less than that. However, new and emerging technologies could also attract more investment, and massively enhance India’s energy self-reliance.

To achieve even the 2030 target, the Indian government rightly calls for a serious increase in overseas funding, collaboration and investment. In this respect, an enhanced partnership with U.S. will be key. As climate change takes centre stage in the U.S.-India relationship, the nature of the Strategic Energy Partnership (SEP) between the two countries in terms of both financial and knowledge transfer will come into increasing focus.

This CSIS article rightly identifies that with the changing landscape of energy economics and technological and business innovation, the pillar of cooperation needs to be rebuilt to help India leapfrog to renewable energy sooner, at a scale that will drive ‘learning by doing’ and massive deflation, all while assisting decarbonisation.

India needs to exploit the rapidly growing pool of global capital from sovereign wealth funds, global pension, private equity and infrastructure funds, as well as global utilities plus oil and gas majors that are pivoting to clean energy, but struggling to find infrastructure projects at scale.

India’s renewable sector is already witnessing project development and investment commitments from a growing number of global oil and gas majors as well as global fossil fuel utilities which are increasingly looking to redeploy tens of billions of dollars of capital annually to transition their asset base to an increasingly low carbon future.

The local Infrastructure Investment Trust (InvIT) market is increasingly considered a key facilitator of this domestic-foreign equity capital interplay. The rising importance of the global green bond markets for long tenor, low cost US$ bond access, and the growing list of green bond issuances by these institutions is perfectly aligned.

Internationally, the role of the Network for Greening the Financial System (NGFS) is helping to build a global framework of collaboration. As a priority, the Reserve Bank of India (RBI) should join this network and should design policies that incorporate environment and climate risk resilience in the country’s finance sector, steering limited public capacity to leverage private sector investments toward a green recovery.

It is strongly in India’s interest that we support and enhance climate action. India should leapfrog into renewable energy technologies, which will also help meet the government’s objective of a self-reliant economy by pushing more domestic manufacturing. Climate diplomacy should focus on channelising the funds that India requires for meeting its objective of a more sustainable, low carbon economic growth model.