One of the most relevant problem for batteries? Heat. Actually, high temperatures have a deep impact on their performances, safety and cycle lifetime. R&D centers have worked very hard to resolve this issue, increasing the temperature resistance of macrocells. There are some cases: the  battery inside a portable smartphone or a pc, the battery used in a car, exposed to high temperature of the engine.

Studies reveal that each 8°C rise in temperature break the life of a sealed lead acid battery in half. This means that a VRLA battery resists 10 years at 25°C and only 5 years when it’s exposed to 33°C. Another important problem: once the battery is damaged by heat, its capacity can’t be restored.

A relevant confirmation about the increase of batteries heat resistance is 2010 BCI Failure Mode Study. In 2000, a rise of 7°C break down battery life by one year, a time that has been widened to 12°C in 2010.

Other statistics reveal that:

Thermal management became so important, however it is not just about keeping within these limits. Batteries are subject to several simultaneous thermal effects (internal and external) which must be kept within control.

Batteries’s thermal condition depends  on its environment too. If its temperature is above the ambient it will lose heat through conduction, convection and radiation. If it is higher, batteries will gain heat. In this situation the thermal management system has to work hard to keep the temperature under control. A single cell usually works very well on its own, but when it’s part of a battery pack, with other cells, the temperature increases dramatically.

Managing this aspect is one of the most important challenge for producers. The result is that heat dissipation is a major engineering challenge for high energy density batteries used in high power applications. Cells designers have created innovative construction techniques to control the temperature. Battery pack must equally find new solutions to get the heat out of the pack.

Protection from Overheating: this controllers monitor the temperature and interrupt the current path when temperature exceeds the “comfort zone”. This protection prevents damage to batteries, saving their performance and work life.

Dissipation of heat generated: another solution is to remove heat from the battery, avoiding dangerous temperature. Heat flows out of batteries by convection, conduction and radiation. Designers must maximize these natural process. How? For example keeping the ambient temperature low, using metallic cooling rods or plates between the cells, maximizing its surface area.

Uniform heat distribution: the main goal is to dissipate the heat, localize  and manage the hot spots where temperature can exceed the specified limits. A temperature gradient in battery packs can seriously affect their performance.

Forced cooling: for high power applications, such as batteries used in EVs and HEVs, natural cooling may not be sufficient to control temperature. If forced cooling is unavoidable, the first choice would normally use fans to produced forced air cooling. In the worst case liquid cooling is required.

Stanford University researchers have found a possible solution to temperature problems: batteries that switch off when they get too hot and restart once they are cooled down again. An innovative technology could be used to preserve their safety and performance.

A smart battery created with nanotechnology. Stanford’s team used nickel particles, coated in graphene, a layer of carbon just one atom thick. Particles are embedded in a thin film of elastic polyethylene. This film is attached to one of the battery electrodes so that an electric current can flow through it. 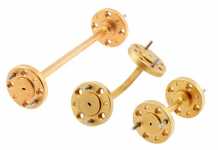 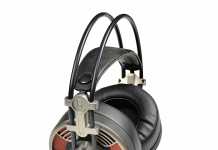 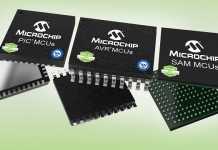