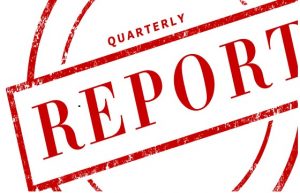 “The favorable market development we saw in the first quarter of the fiscal year has continued into the second three-month period. Current order situation gives us good reason for optimism and we have raised our forecast for the full year,” said Dr. Reinhard Ploss, CEO of Infineon. “Apart from a continuation of our outstanding performance in the automotive sector, demand for solutions for industrial applications, power supplies, and home appliances is also gathering pace. We are particularly pleased with the positive customer feedback on our silicon carbide MOSFET. This is a clear sign that we are pursuing the right strategy concerning compound semiconductors.”

In the second quarter of the 2017 fiscal year, revenue grew by 7 percent from €1,645 million to €1,767 million quarter-on-quarter. The Automotive (ATV), Industrial Power Control (IPC) and Power Management & Multimarket (PMM) segments all contributed to revenue growth, whereas revenue reported by the Chip Card & Security segment (CCS) was down slightly.

The second-quarter gross margin was 36.5 percent, compared with 36.0 percent in the previous quarter. These figures include acquisition-related depreciation and amortization as well as other expenses attributable to the International Rectifier acquisition totaling €25 million. The adjusted gross margin came in at 38.0 percent, up from 37.6 percent one-quarter earlier.

Segment Result increased by 20 percent from €246 million to €296 million quarter-on-quarter. The Segment Result Margin improved to 16.8 percent, compared with 15.0 percent in the previous quarter.

The non-segment result was a net loss of €67 million, compared with a net loss of €62 million in the previous quarter. Of the second-quarter figure, €26 million related to the cost of goods sold, €24 million to selling, general and administrative expenses and €0 million to research and development expenses. In addition, other operating income and other operating expenses amounted to a net expense of €17 million, which includes primarily expenses arising in conjunction with the termination of the planned acquisition of Wolfspeed. 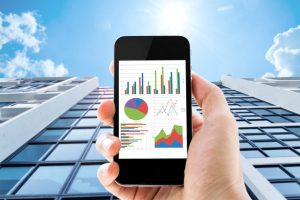 The non-segment result includes €43 million of depreciation and amortization charges arising in conjunction with the purchase price allocation and other expenses for post-merger integration measures relating to the acquisition of International Rectifier.

Investments – which Infineon defines as the sum of purchases of property, plant and equipment, purchases of intangible assets and capitalized development assets – totaled €219 million in the second quarter, compared with €204 million in the first quarter. The depreciation and amortization expense increased slightly to €205 million, compared to the first-quarter expense of €200 million.

Free cash flow from continuing operations in the second quarter improved to a positive amount of €82 million. The corresponding figure for the previous quarter was a negative amount of €39 million. Free cash flow for the first quarter includes a net cash outflow of €112 million arising in conjunction with the acquisition of 93 percent of the shares of MoTo Objekt Campeon GmbH & Co. KG. Net cash provided by operating activities from continuing operations improved to €300 million, compared with the previous quarter’s €282 million.

Provisions relating to Qimonda decreased slightly from €31 million at 31 December 2016 to €27 million at 31 March 2017. The provisions were originally recognized for litigation costs in conjunction with claims made by the Qimonda insolvency administrator and for residual liabilities related to Qimonda Dresden GmbH & Co. OHG.