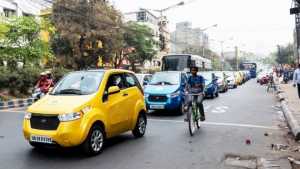 The Heavy Industries Ministry, led by Anant Geete, has proposed to the Department of Revenue that the customs duty on electric vehicles parts be reduced. Additionally, it has recommended defining the semi-knocked down (SKD) and completely knocked down kits (CKD) that are used while assembling EVs for reorganising the customs duty.

The Ministry is aiming to accelerate the production of EVs in India. “We have proposed a definition for CKD and SKD kits for EVs along with a tax structure conducive to increase their presence on Indian roads. However, we will not touch the parts attracting zero per cent duty,” PTI quoted a senior government official. Reducing SKD and CKD rates will be a welcome step in the direction of moving towards a cleaner energy option, views the official.

The electric vehicles components such as metals and plastics attract a 28 per cent basic customs duty while the ones such as battery, controller, charger, converter, energy monitor, electric compressor and motor attract zero customs duty.

The new tax format is likely to be released along with the sanctioned amount under the Faster Adoption and Manufacturing of (Hybrid &) Electric Vehicles in India (FAME India) that offers subsidies for all EV categories to set up charging infrastructure.

NITI Aayog, the government think-tank is working on the proposal and it will soon be implemented once it gets the nod from the Union Cabinet. The FAME India scheme has been extended for two more years until March 31, 2019. 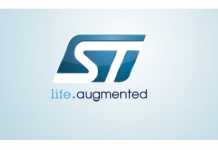 STMicroelectronics: The Discrete Charm of Electrification