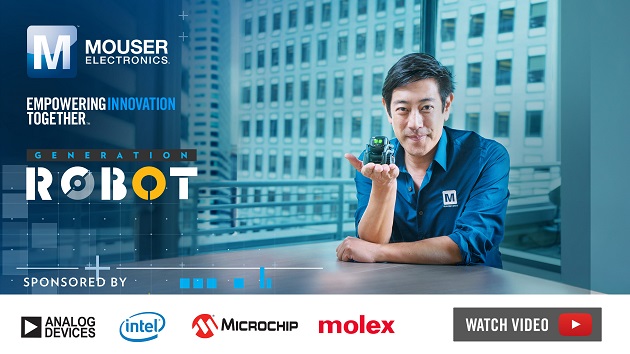 The Generation Robot series has explored how robots work in manufacturing applications, service industries, and places too dangerous or remote for humans to go, robots working for humans. In the new video, Imahara and Palatucci discuss how robots like Vector interact with humans, integrating both IQ and emotional intelligence to bring personality to the consumer robot world.

“The highest order of innovation in robotics is true artificial intelligence where robots can think on their own,” said Glenn Smith, President and CEO of Mouser Electronics. “We are now watching this technology jump from the labs and into our homes.”

“In this amazing series, we’ve seen how we are truly in ‘Generation Robot,’ where we live and work right beside robots every day. But the bigger question is what the future really holds as they become smarter, independent thinkers on their own, we’ll just have to wait and see,” added Imahara.

Since 2015, Mouser’s Empowering Innovation Together program has been one of the most visible and recognized programs in the electronic component industry, featuring projects ranging from 3D printing objects in space to the amazing benefits of technologies that are Shaping Smarter Cities. For 2018, Mouser’s goal is to reach even more innovators around the globe with the Empowering Innovation Together program through the focus of how robots impact humanity.