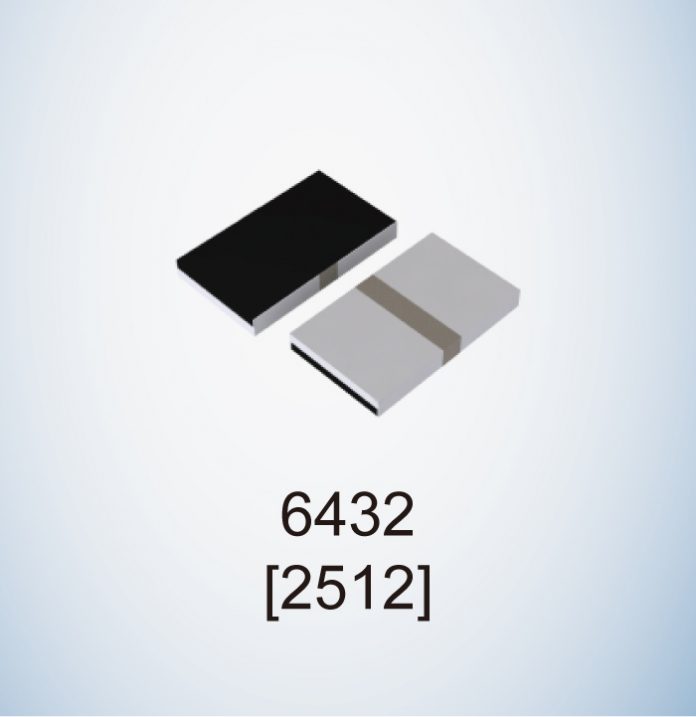 The increasing number of small motors and ECUs in response to the continued electrification and motorization of automotive systems, in particular, has brought about a greater demand for compact shunt resistors that support high power applications. In response, in 2016 ROHM started mass production of the PSR series that has since been well regarded in the industry. 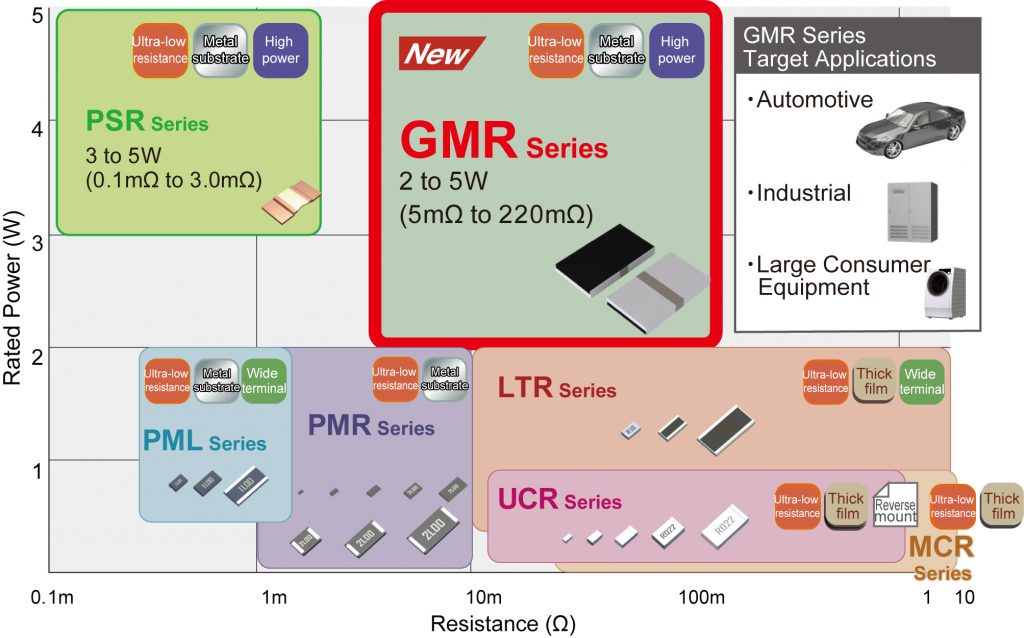 To meet the needs of a wide resistance range, the newly developed GMR series features resistances ranging from 5mΩ to 220mΩ, much higher than the PSR series.

Unique materials and structure allowed ROHM to successfully reduce surface temperature rise by 45% compared with conventional products. As a result, stable resistance is achieved not only during normal operation but at overcurrent loads as well. In addition, adopting a high-performance alloy as the resistive metal results in excellent temperature coefficient of resistance (TCR) even in the low resistance region, ensuring greater accuracy and reliability. And the proprietary structure supports a lower profile form factor (0.4mm), 47% thinner than existing solutions. This ensures sufficient margin in sets demanding strict temperature requirements, such as automotive and industrial equipment applications, reducing design load and contributing to further end-product miniaturization.

The GMR series features a broad lineup that includes higher resistances than the PSR series (0.1 to 3mΩ → 5 to 220mΩ). 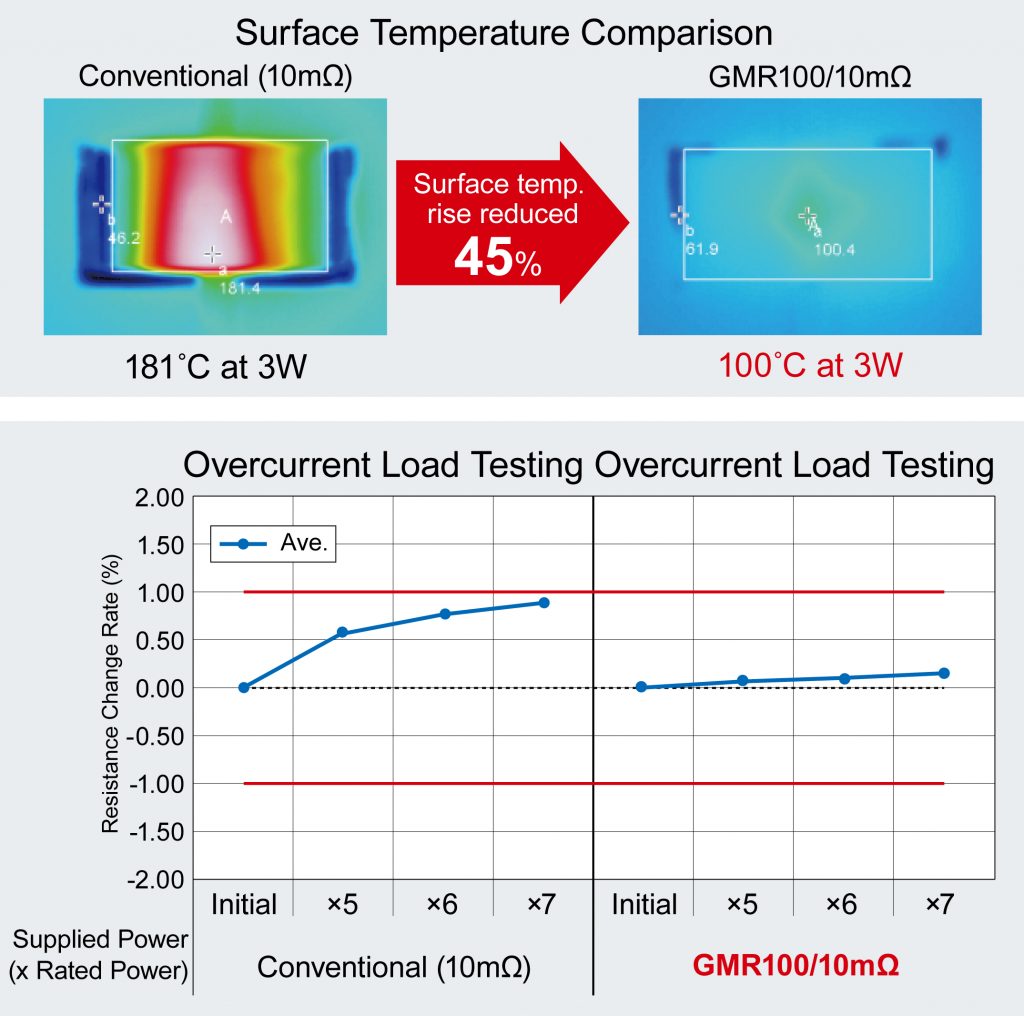 Typical shunt resistors are subject to thermal destruction when used under high power. However, ROHM was able to significantly reduce surface temperature by adopting a proprietary structure utilizing original materials. As a result, in the case of using a 10mΩ resistor at 3W, the GMR100 succeeded in limiting temperature rise to 100°C compared with a conventional model that reached 181°C, representing a reduction of 45%.

Achieving superior heat dissipation makes it possible to maintain stable characteristics without a change in resistance value, during both normal operations and at overcurrent loads.

3. Superior temperature coefficient of resistance even in the low-ohmic range 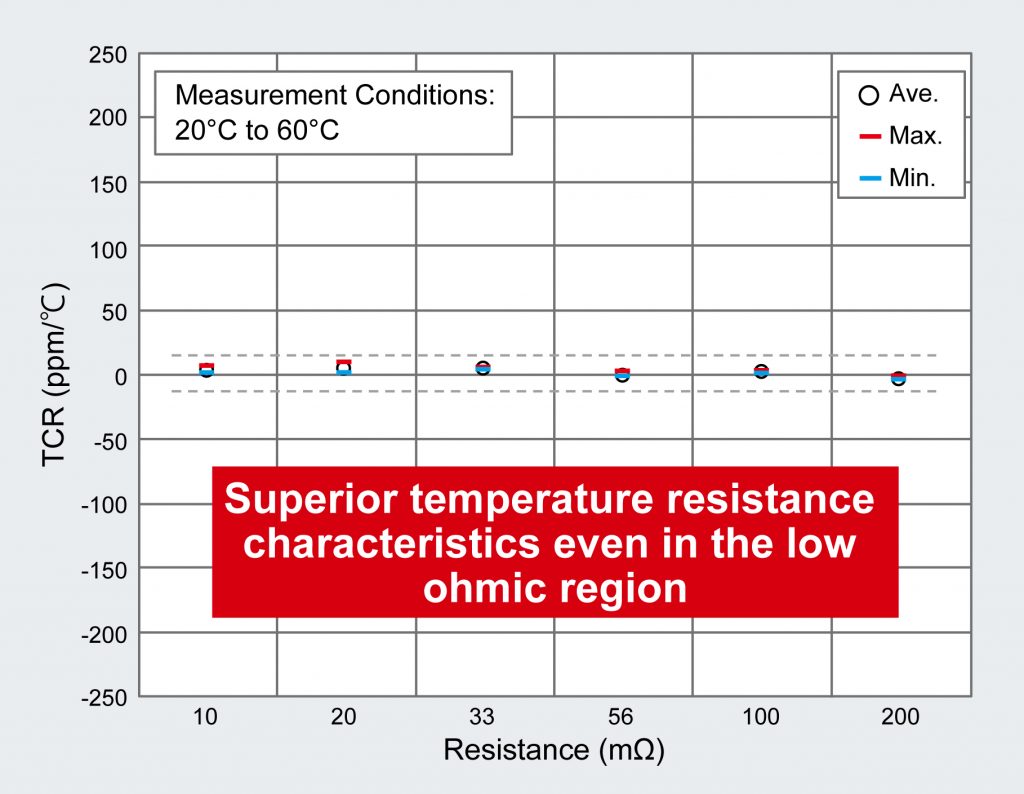 In general, the temperature coefficient of resistance (TCR) increases as the resistance value decreases. However, the GMR series ensures excellent TCR even in the low ohmic region by adopting a high-performance alloy as the resistive metal. This allows for high accuracy current detection that is not susceptible to heat, contributing to greater application reliability.

The GMR100 series is offered in the standard 6432 (2512 inch) package, enabling easy replacement. In addition, utilizing an original structure allowed the height to be reduced by 50% over conventional products, reducing total volume by 47%.

* This series is also available for purchase (from November 2017) from online distributors Chip One Stop, Zyco Store (Core Staff), and RS Components.

The lower this value is the less the change in resistance with respect to a change in the ambient temperature, reducing operating fluctuations.