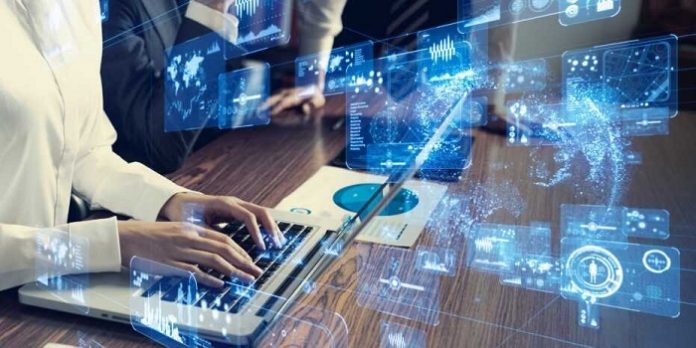 The Federal Statistical Office (FSO) is joining forces with the Swiss Data Science Center, a joint venture between the two federal institutes of technology, to encourage the use of data science and artificial intelligence within the administration.

As society becomes more digitalized, institutions need more and more data science skills. This includes the integration of tools arising from artificial intelligence in a way that is safe and beneficial to society as a whole. To this end, as a pioneer within the federal administration, the FSO is teaming up with the Swiss Data Science Center (SDSC), a joint venture between the two federal institutes of technology.

I am extremely enthusiastic about this strategic partnership in a joint flagship project between our two institutes and the FSO. It reminds me of the partnership between the Alan Turing Institute in London and the British Office for National Statistics, committed to a joint vision of research and innovation in regard to data science.

The first strand of cooperation is to strengthen the FSO’s Data Science Competence Center (DSCC), of which the SDSC will become a strategic partner. The EPFL and the ETH Zurich will support the FSO in identifying the necessary profiles and in recruiting the specialists that will form the DSCC. The two institutes also undertake to receive these associates ‘in residence’ at the SDSC laboratories with a view to developing their skills and helping with networking in this field in Switzerland. Lastly, the partners will together identify the DSCC’s priority projects and cooperate in their execution.

The second strand concerns cooperation in regard to infrastructure. The open-source technological platform RENKU, developed by the SDSC will be used by the DSCC. On the academic network SWITCH, RENKU enables the practice of data science and artificial intelligence in a collaborative and reproducible way, criteria essential to the FSO. A dedicated instance was specifically created for the FSO so that the principles of data protection provided for in law can be systematically applied. At no time do the data leave the Swiss national territory.

The third strand aims to promote understanding and the sharing of data science and artificial intelligence knowledge and practices within the federal administration.

With this partnership, the FSO is enabling itself to fulfill the fundamental mission assigned to it by the Federal Council in May 2020. Following the launch of its DSCC on 1 January 2021, it will also be able to meet the challenges brought about by the profound changes in the data ecosystem and by the increased use of algorithms in the public sector.

In concrete terms, the DSCC will function as a service provider in the field of data science for the whole of the federal administration. It seeks and encourages cooperation with other levels of government (cantons and communes). The DSCC’s mission is to work at the crossroads between data science and artificial intelligence. Its mission is to build skills allowing the use of methods, techniques, and practices arising from data science and artificial intelligence to obtain a new understanding of fields related to public policy and thus to help with decision-making for the public good, in accordance with ethical principles.

In 2017, the ETH Board launched a national initiative in regard to data science that resulted in the creation of a unique joint venture between the EPFL and the ETH Zurich: the Swiss Data Science Center (SDSC), aimed at promoting innovation in data science, multi-disciplinary research and open science. The SDSC’s mission is to accelerate the use of data science and machine learning techniques within academic disciplines and industries.

Understanding of Earth Science could be improved by Artificial Intelligence