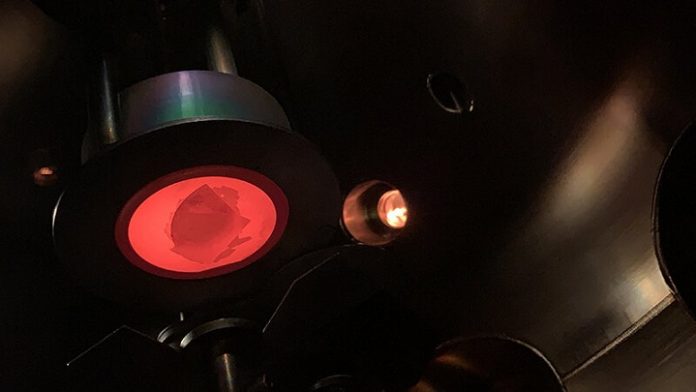 A Purdue University innovator has developed a new approach to creating popular thin films used for devices across a broad range of fields, including optics, acoustics and electronics.

Epitaxial lithium niobate (LNO) thin films are an attractive material for electronics and other devices. These films offer flexibility and other properties that are important to manufacturers.

The challenge is that these devices demand high-quality thin films that can be difficult to grow and produce. Haiyan Wang, a Purdue materials engineer, developed a new approach to creating these films.

“We created an approach that makes these films easier to produce,” said Wang, the Basil S. Turner Professor of Engineering in Purdue’s College of Engineering. “We developed a versatile nanocomposite-seeded approach that allows us to create single-layer films. Typically, engineers have used a double-layer approach, which adds to the complicated production process.”

“Our approach offers an efficient new option for optics, acoustics and electronics,” said Robynne Paldi, a PhD candidate at Purdue who helped lead the research. “Our films are grown through a pulsed laser deposition method and growth conditions are optimized to achieve high-quality films that can be easily integrated into devices.”