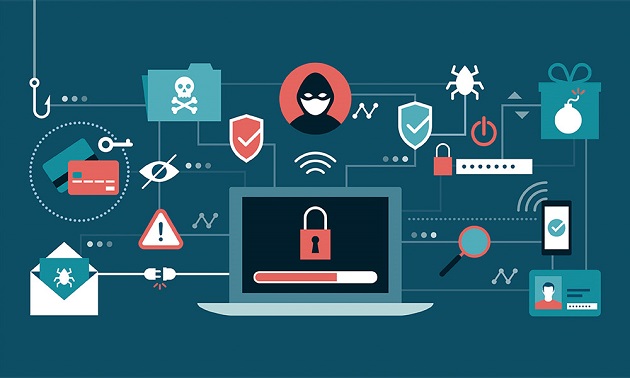 Combining the strength of artificial intelligence (AI) with Cyber security, security professionals have additional resources to defend vulnerable networks and data from cyber attackers. After applying this technology, it brought instant insights, resulting in reduced response times. A decision mechanism that is similar to a real human decision mechanism is tried to be modelled with some algorithms. Machine learning is a subdomain of artificial intelligence. Machine learning uses mathematical and statistical ways to extract information from data. Emerging technologies put cyber security at risk. Even the new advancements in defensive strategies of security professionals fail at some point. Besides, as offensive-defensive strategies and innovations are running in a never-ending cycle, the complexity and volume of cyber-attacks have increased.

Artificial Intelligence (AI) is a very popular buzzword at the moment. Not unlike big data, the cloud, Internet of Things, and every other “next big thing”, an increasing number of companies are looking for ways to jump on the AI bandwagon. But many of today’s AI offerings don’t actually meet the AI test. Cyber criminals pose a threat to all manner of organizations and businesses, and the customers and consumers who use them. Some of the numbers involved in the largest data breaches are staggering, with personal data concerning hundreds of thousands of individuals being leaked, each one potentially a new victim of fraud and other cybercrime. Businesses are doing their best to fight off cyber-attacks, but it’s hard to predict what new campaigns will emerge and how they’ll operate.

How important Artificial Intelligence is?

Artificial intelligence (AI) and machine learning (ML) are playing an increasing role in cyber security, with security tools analyzing data from millions of cyber incidents, and using it to identify potential threats. By the year 2021, cybercrime losses will cost upwards of $6 trillion annually. It’s no surprise, then, that the cyber security industry is exploding as it grows to protect the networks and systems on which companies and organizations operate and store data.

In the ever-changing cyber threat landscape, cyber security is more vital than ever. Data bridges, hackers attacks, crashes and even more. Artificial intelligence, in turn, promises to be a great solution for this. Two out of three organizations are ready to pay top dollars for strengthening cyber security with AI. Facts say that AI and machine learning are not widely leveraged in cyber security. They are acting more on the level of representative models and prototype systems. Today, cyber security systems can be divided into 2 types: expert (analyst-driven) and automated (machine-driven).

Expert systems are developed and managed by people, and the principle of their work is based on the recognition of threat signatures to prevent attacks. For example, malicious code or techniques that are used to identify and prevent cyber-attacks just like a fingerprint database is used to capture criminals. Such an approach works well, but there is one drawback. Threat signatures can be recognized and entered into the “base” only after the attack has been completed. It is hard to prevent the same attacks in the future. Thus, such systems are not able to protect against previously unknown attacks called zero-day attacks.

Artificial intelligence (AI) is a result of a software that tries to create a decision mechanism similar to human brain’s decision mechanism. However, in the early years of AI, it couldn’t become the exact imitation of the human brain. With the improvement in science and technology, it was seen that human brain is way too complicated to be modelled with a software. In the following years, researchers focused on decision mechanisms in more specific fields instead of focusing on modelling the exact human brain structure. The artificial intelligence researches were mostly focusing on a specific problem and were trying to solve that problem, until now.

The purpose of AI applications is to solve something that an expert spends a certain time on, in a very short time. For instance, think about a doctor who is an expert on cancer, the process of his detecting the cancer cells can be modelled with an artificial intelligence technique. The model that we get can always detect the cancer cells just as well as the doctor does. Besides, the developed software can be used by everyone; Hospitals that don’t have specialist doctors in this area can also do (make) successful detection.

With the ever-increasing number of cyber security threats out there to deal with, it’s vital that we have the right protections in place. Here are some of the security solutions available today to deal with:

There are many companies that can work with your business to help you minimize your security risks. Some key services that these managed cyber security solution providers may offer include:

IT Security Staffing. Cyber security solutions providers often offer access to dedicated teams of cyber security experts with extensive practical experience in managing cyber security for enterprise businesses. These staffing services can provide you with instant access to a robust security team for a fraction of the cost of recruiting and hiring a similarly-skilled internal team.

Multi-Layered Firewalls and Other Defense-in-Depth Tools

If an attacker intrudes into a company’s network, one of the top priorities should be to minimize the damage that they can do. Another should be to slow the attacker down as much as possible until you can cut off their access. Preparing a defense-in-depth strategy that uses multiple layers of defense to keep all of the different resources in your company’s network isolated from one another is a good way to slow down attackers and limit their access to your company’s most sensitive resources even after they succeed in breaching outermost security measures. These are just a few of the most important cyber security solutions that certain company could use. There are many more, such as virtual private networks (VPNs) that can help to protect employees when they remotely connect to network, antivirus programs and application whitelisting/blacklisting security setups that block various access requests.

While intrusion detection systems might not stop an attack on their own, they’re still crucial technologies for logging intrusion attempts and alerting your cyber security response team that a breach has occurred. Without these basic warning systems, hackers could have free reign over company’s most sensitive data with you being none the wiser. Some detection systems also incorporate automated protective measures to stop an attack in progress. These are referred to as intrusion prevention systems (IPSs), and may offer an extra layer of defense against intrusion attempts.

Many of the worst data breaches in recent years could have been stopped dead in their tracks if the companies that were targeted hadn’t missed important security patches. While many organizations understandably fear “zero-day” attacks using completely new and unknown security vulnerabilities, the fact is that many successful attacks are carried out using known exploits that have patches or updates that the target simply failed to apply.

Cyber threats have become more complex and sophisticated. Many organizations now face stealthy attacks in their networks. These attacks are targeted towards intellectual property and customer information theft or encryption of critical data for ransom. They are very different from the traditional cyber-attacks that we’ve been used to because they are designed to penetrate standard defenses that companies have in place. As a result, it’s now important to opt for cyber security services like Cuelogic’s which incorporate advanced AI and ML-based algorithms that span the entire attack surface and operate at scale.

Cyber security has been governed by a set of rules. As long as cyber security teams took certain rule-based measures, companies were protected from cyber threats which mostly followed a standard pattern. Today, however, cyber threats have become so advanced and complex that the traditional rule-based measures no longer work. Cyber Security has evolved to incorporate more advanced technologies to provide next-gen security coverage.

Agencies are constantly collecting data from a variety of sources including Tactical Machine Intelligence Data, Vulnerability Advisories, The News, Blogs, Social Media, The Dark Web, and other non-public sources on our threat intelligence platform. This data is subjected to machine learning- based data analysis. This helps to identify potential threats and vulnerabilities. Based on this intelligence, it identify an action plan that our client must deploy in order to prevent, detect, and respond to such threats in the future.