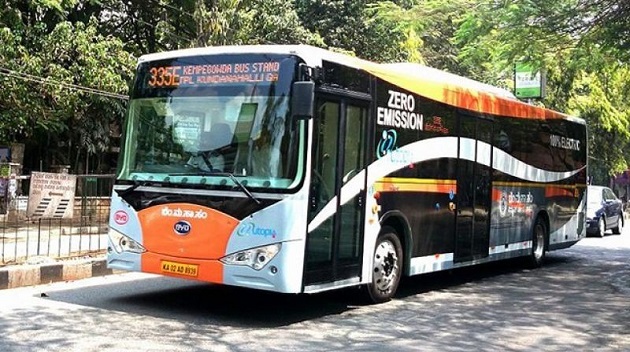 Chief Minister HD Kumaraswamy will decide whether Bengaluru gets electric buses for public transport. His intervention was needed after transport minister DC Thammanna and BMTC managing director V Ponnuraj airing differing views on the procurement of these buses.

According to the deal, the manufacturer would get Rs 1 crore for an AC bus and Rs 73 lakh for a non-AC bus as subsidy from the central government. “We have handed over the file to the Transport Department along with the proceedings of the meeting where Chief Secretary T M Vijay Bhaskar and Principal Secretary-transport B Basavaraaju were present. The final call over procuring electric buses will be taken by the Chief Minister,” said a BMTC official.

Had the BMTC’s initial plan been implemented, the corporation would have already procured 80 electric buses by now. The process was delayed after Thammanna stepped in to say that purchasing the buses outright was better than leasing them.

In late 2016, the BMTC had decided to procure electric buses on lease since they were expensive and untested in India. As the Central Government agreed to part-finance it, the BMTC floated bids for 150 electric buses in November 2017.

According to the deal, the manufacturer would get Rs 1 crore for an AC bus and Rs 73 lakh for a non-AC bus as subsidy from the Central Government. The actual manufacturing cost was anywhere between Rs 1 crore and Rs 3 crore.

Apart from providing buses on lease and maintaining them, the manufacturer was to bear the cost of drivers. The BMTC was to pay Rs 60.86 per km for the AC versions and Rs 40 per km for the non-AC versions to the manufactures. This included the cost of having a conductor and also the power consumption charges. The utility has promised to operate each bus for 200 km every daily.

The cost of operating a non-AC BMTC bus is around Rs 55 per km. The running cost of an AC bus is about Rs 85 per km. Running electric buses on lease basis is cheaper when compared to the diesel buses. Besides earning more revenue, the buses are non-polluting.