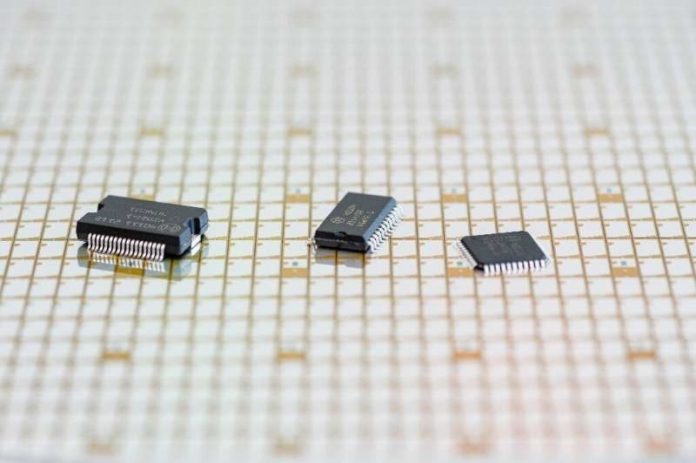 The automobile industry is being hit hard by a shortage of computer chip that has slowed production and is set to drag on for months.

Carmakers and suppliers have turned in strong results that beat expectations for the first half of the year, but they warned that a lack of semiconductors had crimped production.

Microchips are essential for the electronics systems of modern cars, and have been in short supply since the end of last year.

The situation is to some extent the fault of carmakers, who scaled back

orders when the pandemic hit, so chipmakers shifted output to consumer electronics, which was seeing a boom in demand as people splurged on equipment to work and relax and home.

That left carmakers in a tight situation as demand returned, with many slowing or even temporarily halting production at factories.

While automakers and analysts were initially confident the impact would be short-lived and limited, they now see it as lasting through the rest of the year and the impact as more significant.

Jaguar Land Rover has warned the chip shortage could cut its third-quarter output by half.

The Volkswagen Group said the impact was likely to be “more pronounced” in the third quarter as it lowered its annual production forecast by roughly 450,000 vehicles.

That is five percent of last year’s production level, or a third of the output increase that VW had expected earlier this year.

“The risk of bottlenecks and disruption in the supply of semiconductor components has intensified throughout the industry,” the German automaker said.

VW said one way it was coping with the chip shortage was by favouring high-end vehicles, which bring in more money.

US automaker Ford noted that the keen demand for vehicles created by the shortage meant that it could offer fewer promotions as well as focus on its most profitable models.

Ford said its average sale price rose by 14 percent from last year as it surprised analysts with a $1.1 billion second-quarter profit.

Nissan has been forced to push back the launch of its new all-electric crossover, the Ariya, due to the shortage of chips, which some news outlets have dubbed a “chiptastrophe” or “chipaggedon”.

But the worst may already be behind the automakers, according to one analyst.

“We’ve reached the peak of the crisis,” said Ferdinand Dudenhoeffer, head of the Center for Automotive Research in Germany.

“The situation will improve as new production capacity becomes available, but the problem won’t be over by the end of 2021 and could continue until 2023,” Dudenhoeffer told AFP.

He forecast the shortage would result in an overall loss in production of 5.2 million vehicles this year.

Consumers are likely to notice longer delays and higher prices as dealers have worked through their stocks and manufacturers offer fewer promotions.

Prices for used cars have also risen as unfulfilled demand has shifted from the new car market.

Automotive supplier Valeo, which uses chips in its driving assistance and automatic lighting systems, says it has so far escaped a halt in production.

However, the French firm notes it has been buying up any supplies it can get its hands on and expects shortages to last until next year.

Automakers have for years moved to reduce the supplies they keep on hand to boost their financial performance.

The crisis appears to be provoking manufacturers to reevaluate this practice, dubbed “just in time”.

“Suppliers and OEMs (original equipment manufacturers) are reassessing their supply chains and are trying to have more control over their sourcing, from different channels and by diversifying where possible,” said Nils Poel from the European Association of Automotive Suppliers.

But as automakers overcome the chip shortage another problem awaits, Dudenhoeffer warned.

With carmakers aiming to quickly ramp up the production of electric vehicles, battery firms will likely have trouble keeping up and shortages could appear beginning in 2023, he said.