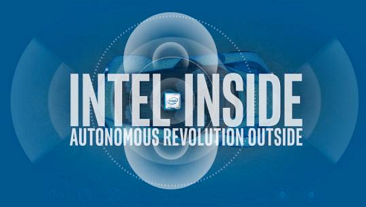 Call it the Silicon Valley 500. Can Intel take the checkered flag in the race for a dominant brain chip in the automotive market?

Eighteen months ago, the answer would have been… not so fast. Despite Intel’s outsized auto ambitions, the odds were bleak.

That narrative, however, is beginning to change. Even if Intel might not dominate the brain-chip market, the company is gaining mindshare among carmakers and tier ones, bringing disruptions to the once-calm automotive tech supply chain.

Delphi, an automotive tier one company, disclosed earlier this week at an event in Pittsburgh that the company is using Intel’s chip on its autonomous driving platform, along with Mobileye’s vision SoC.

Delphi’s tip-off, however, has given industry observers a peek at what might be going on behind the scenes among chip vendors jockeying for sockets in autonomous car platforms. But it also raises serious questions about who’s in and who might be out.

Among the specific points under scrutiny, for example, is what kind of chips Intel plans to supply in the automated driving platform. Is this any different from the SoC Intel is reportedly developing under the BMW/Intel/Mobileye alliance announced earlier this year? Also, does this mean Intel is elbowing Nvidia out of Audi’s zFAS — the central driver-assistance controller Audi is developing with Delphi involving Mobileye, Nvidia and Cyclon FPGA (Altera, now Intel)? Finally, might the long-lasting Mobileye-STMicroelectronics partnership be in jeopardy as Mobileye looks to hedge its bets by working with Intel?

Let’s start with an actual fact.

Intel, still viewed as a new entrant to the automotive market, is raising its profile and finding a foothold in autonomous driving.

As Mike Demler, senior analyst at the Linley Group, pointed out, “The automotive ecosystem comprises a network of partnerships. Intel lacks the connections into that network, which the Delphi-Mobileye alliance can provide. It’s the same as the BMW-Mobileye-Intel partnership.”

Creating an opening for Intel is the powerful microprocessor required for an autonomous vehicle. Along with specialized computer-vision chips such as Mobileye’s EyeQ processors, the compute-intensive processor is critical as a computer brain inside the autonomous car. Demler observed, “Intel wants to secure a place for [its] processors in those systems.”

An Intel spokeswoman acknowledged, “Autonomous cars need a tremendous amount of compute and Intel products complement the ME EyeQ5 used for vision.”

After Intel Core i7
What, then, would be that powerful processor Intel is supplying to Delphi?

Intel confirmed, “The Audi test cars that Delphi uses today are equipped with Intel Core i7’s in the platform.” However, the spokeswoman added that i7 chips currently used in Audi test cars will be replaced by “new products from Intel that are not yet announced.” She teased, “I look forward to telling you all about that in the near future.”