Although silicon offers numerous benefits and advantages in power MOSFETs, it also displays some limitations that are characteristic to silicon material properties. Properties like low thermal conductivity, low bandgap energy, and limitations in switching frequencies. Power semiconductor devices, however, that are made with silicon carbide (SiC), don’t possess those types of material limitations.

SiC is a considerably more cutting-edge material, which is why it has drawn the attention of system designers and power electronics engineers. So, what are the benefits and advantages of using SiC in power electronics?

Silicon carbide material is able to withstand substantially higher voltages in discrete semiconductors. In fact, SiC can sustain up to ten times higher voltages in comparison to typical silicon. This means fewer silicon carbide switches in series are required in high voltage electronics applications. It also helps to reduce complexity and system cost, all while also improving reliability.

SiC diodes can carry close to five times higher currents than those which are made of silicon. Must like SiC MOSFETs, this allows for fewer components to be used in the system, thus greatly reducing costs and complexity.

Silicon carbide MOSFETs and diodes are able to operate at much higher temperatures than common silicon. Silicon power discretes can only operate efficiently up to 150°C. By comparison, SiC can operate at temperatures that reach 200°C and beyond, though most commercially available components are still rated at 175°C. That difference is substantial in power electronics used in environments with high ambient temperatures. This translates into lower cooling costs as well as complexity.

Discrete semiconductors made with SiC will have a higher energy band gap, providing more strength and resistance against heat, radiation, and/or intense electromagnetic fields. It has been found to be quite useful in military and sensor applications. It is used quite often in many of the important military systems because it allows electronic equipment to operate at optimal efficiency.

Other advantages include having a three times higher thermal conductivity than silicon, which means the heat is conducted away from the SiC MOSFETs at a considerably more effective level, greatly reducing cost, size and the complexity of the cooling systems. Electronic power devices are able to switch close to ten times quicker than those made with silicon. This leads to considerably smaller storage inductors and capacitors, creating more efficient, less expensive, and smaller systems.

Silicon carbide provides numerous advantages for engineers designing power systems. If system voltages are over 1kV, the case for silicon carbide over IGBT silicon solutions is very compelling.
For more information about commercially available silicon carbide components, ST Microelectronics, ROHM Semiconductor, and Infineon seem to be the technology leaders at this time. 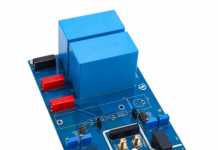 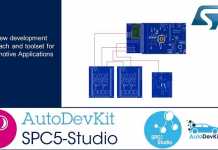 AutoDevKit: A New Way to a Proof-of-Concept for Automotive Applications in Minutes

The demands of IoT on the MCU Industry