3D fingerprint sensor get under your skin 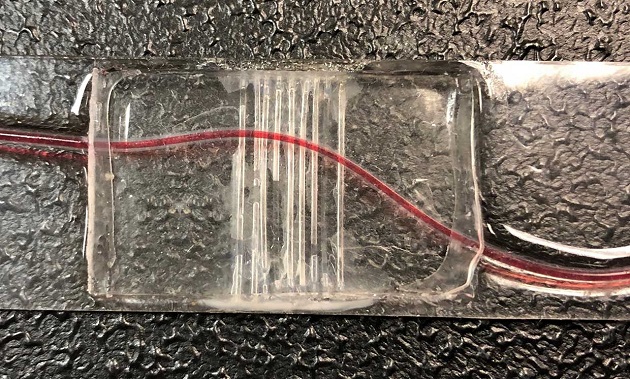 21st century is an era of Technology and Innovation. It is all around with one of the most significant technologies used by us is Fingerprint Technology. It is commonly used in smartphones for security purposes.

Every day the world is changing with researchers taking us one step closer to the advancement and innovation. Fingerprint technology has finally hit bottom with a new study that described a technique that maps out not only the unique pattern of a person’s fingerprint but the blood vessels underneath. The approach adds another layer of security to identity authentication.

With the development of technology, the modes and ways to trick it has also come a long way. So, in order to develop a more secure approach of using 3D recognition, a device was built that relies on ultrasound pulses.

It works like this: When a finger is placed upon the system, triggering a pressure sensor, a high-frequency pulsed ultrasonic wave is emitted. The amplitudes of reflecting soundwaves can then be used to determine both the fingerprint and blood vessel patterns of the person.

In the experiment, the device was tested using an artificial finger created from polydimethylsiloxane (PDMS), widely-used for human tissues and versatile ingredient for skin and beauty products.

Then bovine blood was added to the vessels created in the artificial finger. The researchers via this setup were able to obtain electronic images of both the fingerprint and blood vessel patterns.

Interestingly, while the blood vessel features beneath the ridges of the artificial finger could be determined, this was not the case for 40% of the blood vessels that lay underneath the valleys of the fingerprint. This is because the high-frequency acoustic waves cannot propagate through the tiny spaces confined within the valleys of the fingerprint.

Nonetheless, this is enough of the blood vessels throughout the finger can be distinguished enough to make this approach worthwhile and that data interpolation or other advanced processing techniques could be used to reconstruct the undetected portion of vessels.

Notably, the current set up using a single ultrasound inducer takes an hour or more to acquire an image. Therefore, more research is needed as now they will be exploring and performing experiments on the array ultrasonic fingerprint sensor in contrast to the single sensor that was used in the study.

If the experiment is successful, then the device test will be conducted on real human fingers.