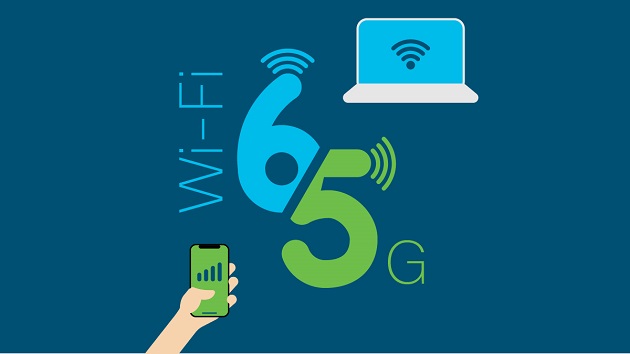 Our reliance on Wireless Data in the enterprise space will only increase as we get back to working and co-mingling in the world. Faster, higher bandwidth wireless data with lower latency and fewer dropouts will revitalize the enterprise trends we’ve seen over the last decade, including the expansion of the mobile workforce, the rise in working from home, the increasing data needs of international trading partners, suppliers and customers, and bring your own device (BYOD) policies.

5G was built for data from the ground up. Where older networks bundled voice and data, 5G recognizes that voice is just more data — and not even the most demanding kind. Topping out at 10Gbps, 5G is built to handle not just high intensity but constant uptime for time-sensitive applications like gaming, self-driving cars, and the Internet of Things (IoT).

5G and Wi-Fi 6 are built from the same foundation: higher data rates to support new applications and increased capacity to connect more users and devices. So it’s surprising to realize they emerged from older standards that initially had little in common.

Wi-Fi, made mainstream in the early broadband era, was designed as a local area solution long before we dreamed of Netflix or cloud gaming. It was built for the MIME files of email content and the text and .gifs of rudimentary webpages.

The new climate facing business includes practices and architectures like the industrial internet, the principles of mobile-first for interface design social media, and the eCommerce revolution. The way we use phones and computers has been turned on its head. Network designers have to program and build networks that we need today that will also be future proof. That means technologies like Wi-Fi 6 and 5G need to interconnect and hand services between signals to minimize interruption.

In an era where we are expected to be flexible, successful employers understand the workday is set by the action, not the clock. You need to be available and armed with the necessary tools whether you’re at your desk, in bed, or at an out-of-state conference. If you run a large production line, everything that’s moving can report on its performance and pressure points, synthesizing a flood of data into a handy reckoner that gives you an at-a-glance overview of what might go wrong and when helping you avoid costly shutdowns.

Corporations and manufacturing are borrowing more than just the principles of always-on connectivity. The workplace is being gamified, with business practices adopting many of the behaviors and working methods from the world of games, including using virtual reality or augmented reality overlays to prototype models or visualize spaces in the real world. Shoppers can try on clothes virtually, using a product like Google Glass or an internet-connected mirror to display an item of clothing over your image. 3D modelers can design and field test buildings or interior refits using everything from materials to power and air conditioning needs to put a plan through its paces before a single brick is laid. But it all needs the constant uptime and high data intensity that advanced wireless networks will deliver.

Advanced wireless networks is a blend of technologies. To get the most out of it you need to design its deployment to take maximum advantage of the smarts built into 5G and Wi-Fi 6 and their handover capabilities. The points at which services have to hand signals off to another wireless technology will take care of themselves when things are up and running, but you need to identify where they have to be situated, and what impact your growing data needs will exert on them.