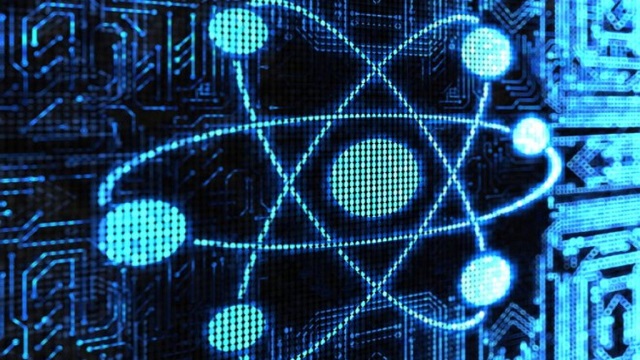 Quantum computers can, in theory, vastly outperform conventional computers using components known as qubits. Now IBM says it has simulated a 56-qubit quantum computer on an old-fashioned supercomputer, a task some had previously suggested was beyond the capabilities of conventional machines.

These findings do not mean that Google and others should abandon their quantum computer projects, the researchers add. Instead, they suggest that conventional supercomputers could help make sure quantum computers actually work by double-checking their results.

Classical computers flick transistors either on or off to symbolize data as ones and zeroes. In contrast, quantum computers use quantum bits or qubits that, because of the surreal nature of quantum physics, can be in a state of superposition where they can essentially act as both 1 and 0.

The superpositions that qubits adopt let them each perform two calculations at once. If two qubits are quantum-mechanically linked, or entangled, they can help perform 2^2 or four calculations simultaneously; three qubits, 2^3 or eight calculations; and so on. In principle, a quantum computer with 300 qubits could perform more calculations in an instant than there are atoms in the visible universe.

Now IBM says it has simulated a 56-qubit quantum computer using the Vulcan supercomputer at Lawrence Livermore National Laboratory in California. The scientists detailed their findings Oct. 16 in the ArXiv preprint server.

Whereas a 56-qubit quantum computer can theoretically perform 2^56 operations simultaneously, IBM’s accomplishment involved dividing this task into 2^19 slices that each essentially consisted of 2^36 operations. This strategy meant the researchers only needed about 3 terabytes of memory for their simulated quantum computer. In contrast, earlier in 2017, a 45-qubit simulation at the Swiss Federal Institute of Technology in Zurich required 500 terabytes of memory.

“During our work, we were able to consistently accomplish things we thought impossible a week earlier,” says study senior author Robert Wisnieff at IBM’s Thomas J. Watson Research Center. “It was like having your birthday every day you came to work.”

The IBM researchers stressed these kinds of simulated quantum computers are not meant to replace quantum computers. For instance, whereas a perfect 56-qubit quantum computer can perform the experiments “in 100 microseconds or less, we took two days, so a factor of a billion times slower,” Wisnieff says.

Instead of deflating experiments aimed at achieving quantum supremacy, such as Google’s, “this sort of simulation is actually necessary to verify the type of experiment they’re planning,” says theoretical computer scientist Scott Aaronson at the University of Texas at Austin, who did not take part in this research.

By simulating quantum computers, conventional supercomputers can double-check the results of actual quantum computers to see if they are working properly. “We’re at the point where we’re able to start fabricating machines on the order of 50 qubits, but we know they’re not at all ideal in their behavior,” Wisnieff says. If the results from quantum computers fail to match those of simulations, researchers know they may have something to fix.

It remains uncertain what the limit is for how many qubits conventional machines can simulate. “At this point, we don’t know exactly how far we can go,” Wisnieff says. “But it’s just a matter of time before quantum computers ultimately win.”