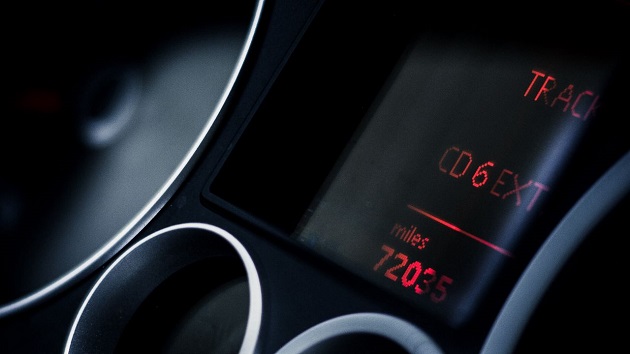 Over the last few years, we’ve seen artificial intelligence (AI) truly come of age. From automatic factories to self-driving cars and trucks to robot chauffeurs, the many benefits of AI are apparent – whether it increasing efficiency and profitability or improving the quality of life. One key attribute of automatic machines that contributes to their growing popularity is the fact that they are capable of accurately measuring position and motion.

While position can be measured through different techniques, one new emerging technology that we see is the inductive position sensor. This method is accurate and cost-effective and also offers good noise immunity. Yet, uptake of this technology has been hindered by certain misconceptions that exist. Here, we try to dispel some of these misconceptions, by juxtaposing inductive position sensors with comparable sensor technologies including Hall effect and magnetoresistive sensors.

Inductive position sensors are, in fact, very accurate, especially at higher temperatures where other magnet-based systems display suboptimal performance. For one, they depend just on the disturbance of the self-generated magnetic field, rather than being impacted by the non-linear nature of the permanent magnet. This helps keep errors below +/-0.1 percent across the full measurement range at room temperature. Even in conditions where there are variations in temperature and air gaps are present between the target and sensor, error margins can be kept below +/-

0.3 percent. Also, the algorithm is designed such that temperature variation has minimal impact. For example, when the inductive position sensor excites the magnetic field at a frequency between 1 and 6 MHz using a LC oscillator, there is no  impact  on  the  position.  The   primary   oscillator   gives   rise   to synchronous demodulation in the secondary receive channels but will not impact the amplitude of the received signals. However, some calibration may be required considering the impact of metal objects near the sensor on the magnetic field.  This

While it is a common perception that affordability comes at the cost of high performance, this isn’t true in the case of inductive sensors. For instance, for Hall effect and magnetoresistive sensors, getting good accuracy requires the use of a permanent magnet of proper tolerance and strength. This magnet needs to be specially manufactured, adding to the cost. By contrast, inductive sensors only require a piece of metal as a target. Of course, inductive sensors require a larger PCB to route the sensor traces. However, the larger PCB costs less than the magnet. In fact, you can do away with this cost if you have existing PCB space that is unused. This makes the inductive position sensor more cost-effective compared to other solutions.

Let’s take the case of next-generation electric cars that have several systems such as Brushless DC (BLDC) motors, the electronic power steering, and the brake assist motor that generate stray magnetic fields. As these stray magnetic fields increase, it throws up the need for new specifications that require more immunity tests at higher magnetic fields. When car electronics are subjected to a 4mT DC field during EMC qualification, there is no scope for false readings in any of the safety-critical sensors whether it is the power steering, accelerator pedal, traction rotor position. Since inductive position sensing only filters the frequency it requires to sense, it is not impacted by other noises; unlike in the case of Hall effect and magnetoresistive sensors. We can draw a parallel with how listeners can select one AM radio station even though the antenna picks up the complete AM band.

Also, there is no possibility of it picking up any DC magnetic field since it doesn’t use any magnetic material.

Myth #5: Inductive position sensing is based on new technology

While inductive position sensors present a new way to implement sensing, the underlying technology is well-established. The principle that inductive position sensing uses is very closely related to the Linear Voltage Differential Transformer (LVDT). While LVDT uses a primary coil and two secondary coils to detect the position of a metal shaft in robotic applications, inductive position sensors use the same techniques albeit in the form of just a PCB. Magnetic resolvers also use similar techniques. Whether it is LVDT, resolver, and inductive sensors, they all use the ratio of two voltages as induced by the disturbance of the magnetic field by a conductive element to sense position.

Myth #6: Double the space required due to redundant inductive sensors

It is true that some critical automotive and industrial applications require redundancy to ensure the highest level of safety. However, this need not translate into doubling of the PCB space. Instead, techniques such as optimizing the PCB layers and using intelligent primary winding techniques can help save space. Putting both sensors in the same PCB space enables them to share the same magnetic field, coupled loosely by a magnetic field, and yet provide galvanic isolation. In such an instance, the secondaries can be placed on the two ICs, thereby enabling them to output independent and redundant position. This will also help improve the safety of the application.

Inductive position sensors display the best accuracy when the sensor’s length is close to the approximate desired measurement range since this allows output resolution to be scaled over the shortest distance. However, they are perfectly capable of measuring linear positions of lengths varying from five mm to 600 mm and beyond for practical applications. The oscillator’s ability to generate the correct LC resonant signal is the only limiting factor for length.

Either way, the inductive position sensors work on the principle of detecting disturbance in a magnetic field. For linear measurements, a single measurement principle over many practical measurement ranges can help achieve the required sensitivity.

In the case of Hall effect, several sensors need to be multiplexed as the magnet is moved from one location to another, making crossover handling complicated and susceptible to temperature variations. This issue does not occur in the case of an inductive sensor.

Myth #8: Inductive position sensors can only be used for linear measurements

While inductive position sensors are extremely well-suited for linear measurements, it can also be used for arc and rotary measurements. Some of the applications where inductive sensing technology can be used are in car pedals, air valves, water valves, and rotor position. In some ways, a 360-degree rotary sensor is almost like a linear sensor where the ends are curved to meet one another. In all these instances, inductive position sensors offer the benefits of higher accuracy and better noise immunity.

Myth #9: The target material needs to be magnetic

The inductive position sensor works by detecting a change in the magnetic field disturbed by a metal target. However, this does not imply that the target needs to be made of magnetic material. The only requirement is that the target material allows eddy currents to flow, in order to induce disturbance. While magnetic materials such as iron are ok to use, inductive position sensors work even better when good conductors like copper, aluminum or steel are used.

Sensors are generally connected to the engine control units through a power line, ground line and an output pin. If the power pin can calibrate the module, then this eliminates the need for additional connections to the sensor PCB, thereby saving cost and minimizing assembly issues. In applications that require a microcontroller, however, there often arises a need for embedded applications to program the sensor using another microcontroller, rather than a dedicated test system. For example, Microchip’s LX3302A can be programmed over the GPIO pins.

Myth #11: Difficult to get help with design

In earlier days, getting good results required an indepth understanding of magnetic fields, access to a high-end finite-element simulation suite, not to mention plenty of room for trial-and-error. That is no longer true. We now have IC vendors who can take you from concept to actual PCB trace simulations through evaluation boards and kits. Users can also get error estimates using simulation results even before the PCB is tested. Microchip too provides this service to customers.

As we can see, inductive position sensors have several advantages over Hall effect and magnetoresistive sensors in areas such as accuracy, immunity to stray magnetic noise, and cost-effectiveness. The time is right to try this technology for any AI- position sensing product in the future.