Winds of Change: Whatsapp Choking in India is a Sign of Good Things to Come 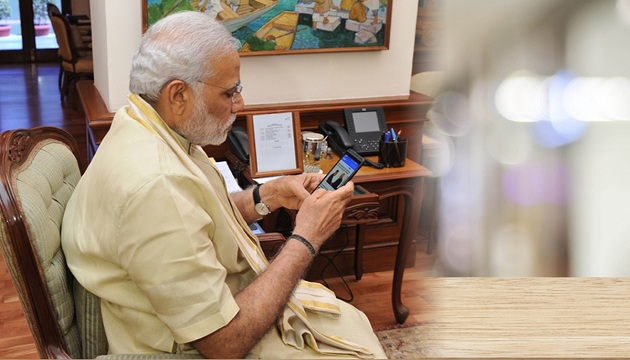 If you’re reading this, then you know that two things are certain: first that the La Ferrari can go round the Nürburgring faster than your car, and second that there is a smartphone in your pocket. There is not so much that you can do to beat the Ferrari’s lap time, until of course you decide to own one. But because you do own a smart phone, you know that there is something more annoying than being left for dust behind the daddy Ferrari: good morning messages on Whatsapp.

Things are even worse for you, especially, if you’re an Indian. We Indians are obsessed with our good morning messages so much so that it is literally the first thing we do when we get up. These messages; that are full of sun kissed flowers, Gods and Goddesses, exotic birds, and joyous toddlers have become a common staple in almost every Indian household. As well intentioned as these messages are, they are also causing a bit of a problem. Due to the overabundance of these good morning messages that Indians share every morning is leading to one in every three people to run out of space on their phones. But, more than that, they are flooding  Whatsapp servers and are causing them to malfunction.

A report in the Wall Street Journal claimed that there has been a tenfold increase in the number of Google searches for “Good Morning images” over the past five years, and most of them are done in India. The problem gets even bigger on special occasions and festivals like New Years’, Holi, and Diwali, with more than twenty billion messages being shared in India during these times. Whatsapp calls it a record, but people who find themselves on the receiving end of these messages call it a headache. Let’s be honest, none of us like to get these good morning messages every day. Most of us don’t even bother opening them up. Except, there is one man in India who wakes up fascinated by the flood of these messages every morning: Indian Prime Minister Narendra Modi.

There is good reason for that. For 20 billion messages to be shared in a single day points towards one big fact: India as a country is rapidly adapting to the internet age. It tells us that PM Modi’s dream of digitising India is manifesting itself into the realms of reality. The mobile revolution in India had come a long time ago. But following the government’s decision to ban high value currency notes in 2016, more Indians decided to jump into the internet bandwagon than ever before. The consequences of it were natural: the number of digital payments being made in the country reached unprecedented figures, and the sale of smartphones went through the roof. A report in The Wire reveals that before demonetisation, the number of digital payments made in India accounted for around Rs 1 billion, and within six months of the radical move, that had shot up to Rs 27.65 billion. Similarly, the number of mobile phone users in India also increased by 10 per cent within a year of demonetisation.

Yes, the ground realities are still far away from what we would have liked. But the digital transformation in India over the last two years has been nothing short of exemplary. Today, India has become one of the biggest markets for smartphones in the world. And along with bringing digital inclusion of people, it has also created a lot of employment. At the point of writing this story, PM Modi is on his visit to the United Arab Emirates. And he looks a happy man telling the world there that India is witnessing a revolution in the way it has been using and seeing money.

Naysayers will say that a lot of work still needs to be done and that India is still very much a laggard in the internet revolution. However, the twenty billion odd messages do tell a different story. Narendra Modi is happy on seeing Whatsapp servers choking. He is happy that Indians now have the accessibility and literacy of using Whatsapp and other digital platforms. So, the next time you get a good morning message, don’t get upset; smile, because these are indications that India is moving to a better morning.