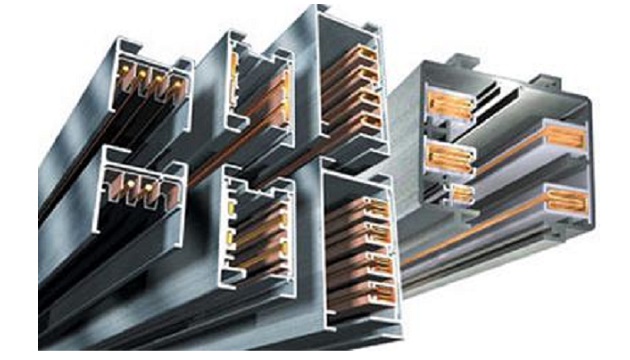 The widespread use of busbar trunking systems came into vogue when large office buildings and apartment complexes needed to be powered. Busbar trunking systems were chosen over conventional cables as these systems had the potential to create massive amounts of power in a limited amount of space that can be distributed throughout the building. With increased industrialization and urbanization, such power distributions systems have become preferable when compared to cables. Not only does a typical installation of busbar trunking system consist of a tubular or almost completely flat design, thus saving space, but it also is surrounded by insulation that allows the dissipation of the tremendous heat that is generated with a considerable amount of electric energy.

The global busbar trunking system market has been the recipient of quite some returns globally – indeed, it is slated to hit a valuation of over USD 3 billion by 2025, fueled by the industrialization and modernization of aging electric power infrastructure. Busbar trunking systems had been in wide usage in developed countries for quite some time but the increasing demand for electricity, especially due to the exponential growth of the manufacturing sector in the emerging economies, has led the governments of developing nations to prioritize electricity supply and development of electric power infrastructure, an effect of which has been witnessed by the increased adoption of busbar trunking systems.

Exponential industrialization has also led to burgeoning urbanization which has emerged as yet another factor for the increase in busbar trunking system deployment as they can be very potently used to create specific amounts of energy that is then sent in very controlled applications to certain areas. As this helps the designers of the systems to better control the dynamics of power distribution, the systems have proven beneficial and functional for application in both residential and commercial building structures. Expanding urbanization – by extension, the expansion of urban infrastructure also includes well-lit roads, high rises to accommodate a growing population and use of electricity in a manner that it becomes an irreplaceable aspect of life. The busbar trunking systems play an invisible but important role in the maintenance of electric supply.

It should be mentioned that the use of busbars in industrial buildings have been more beneficial than the use of conventional conduits and cables as they are easier to install and easily adaptable to changing business needs. Refurbishment of existent transmission grid and replacing cables with busbars due to the greater space saving and power distribution efficiency are also becoming a common aspect in regions that are undergoing expansive industrialization.

Evolving electrical product design has now made the upgrading of the power grid network a necessity. Refurbishment of existing grid networks has been widespread in the countries of Europe and North America as the governments in these countries have shown major interest in enhancing power efficiency that has caused a significant shifting from use of cables to use of such technologies as busbar trunking systems. Busbars are now being largely adopted in the smart grid network formation.

Noting the importance of busbar trunking systems, substantial investments has been made for their development by companies that are involved in the manufacturing of electric supply systems. Such companies, in the quest to remain competitive, have come to realize that in a constantly evolving environment, innovating and reinventing their products plays a crucial role in taking their popularity forward. Regulations levied by governments that require improvement in energy efficiency has added to this need for innovation and the companies have done a great deal to advance technology that can not only make electricity supply more energy efficient but also can help design and install systems that provide power according to specific needs.

The advances in technology mean that much more control is provided through the use of the systems than was possible when compared to the types of systems that were installed when the technology was in its infancy. The busbar trunking systems have come to be used for many more applications than they were suited for in the past which is yet another advantage of the technological advancement in the field. One other reason contributing to such diverse usage is the fact that the power available from the installations is far more flexible and can be controlled in precise amounts.

Notably, most manufacturers have started to offer both types of busbars, leaving the customer to choose which ever they believe is more physically and economically viable. Traditionally the choice of material to be used in a busbar has come to be determined by the availability of the raw material and its cost rather than the physical properties of the materials. For instance, busbar trunking systems in the UK have predominantly used copper conductors while in the United States and in mainland Europe aluminum has played a dominant role in busbar trunking systems manufacturing, claims a post by the Electrical Engineering Portal.

The ratio between the use of cable and the use of busbar trunking systems in the market also ascertains the material for busbars. In many countries, it can be seen that busbar trunking systems have an increased share in the market relative to cable due to the increasing power requirement in buildings, especially for automated industrial units and high-rise commercial centers. The materials involved in the busbar manufacturing here plays no role, rather the performance and efficiency of the product becomes an important consideration.

In essence, it is pivotal to note that the development and widespread usage of busbar trunking systems stems from the need of conveniences of modern life that demands the distribution of large amounts of power to various areas or the availability of power that is just enough for a specific purpose. Undeniably, the development of advanced technology is pushing the world towards the adoption of busbar trunking systems while cables are being steadily outmoded.

Shaping Smarter Cities: Thanks to Augmented Reality, Not All Statues Are...