What’s inside your smartphone? 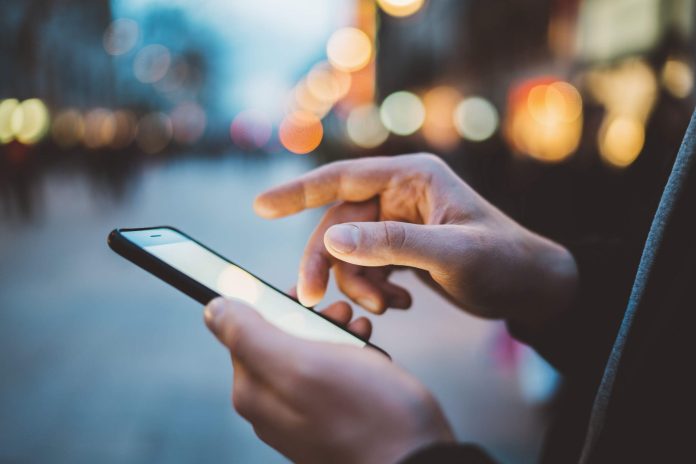 The basic cell phone has evolved into a smartphone over the past few years from being a communication tool to a portable computer and all credit has to be given to the creative use of various components and materials.

The biggest technological change since the internet was established as an international communication system in the 1990s, is the rise of mobile phones over the past ten years. Since then, a lot has changed in our lives.

The special properties of the materials found inside a mobile phone enable the seemingly endless potential of smartphones as entertainment devices, communication tools, and personal organizers.

The electronic parts of mobile phones are made of a variety of metals, composites, and compounds that are derived from ores and minerals.

As technology in a smartphone develops, the chemical components utilized to make these gadgets will continue to play a significant part in enhancing their outstanding capabilities.

Modern smartphones are technological wonders, and it is amazing how much technology can fit into such a little space.

The display of a modern smartphone is arguably its most noticeable feature. Although every component you may see is an external feature of the device, it is actually an interior one. There are two basic types of display technologies found in modern smartphones:

The distinction is that a backlight shines through some polarizers and filters on an LCD-based panel. On the other side, you may see a tonne of different colors by adjusting the crystal display. The light-emitting diodes on an LED-based display are what make everything magical. These tiny light-emitting diodes are what emit all the pixels, visible and invisible.

Here, the display creates a variety of vivid hues on its own. Since each pixel can turn itself off, AMOLED or Super AMOLED displays have this benefit over their IPS LCD equivalents.

Lithium-ion technology is often used in mobile devices for either detachable or non-removable batteries. You won’t have to be concerned about “calibration” or “testing” problems that were a problem with nickel-based cells with these batteries, which are a necessary part of a smartphone.

Some consumers might mistake the SoC (system-on-a-chip), which is possibly the most important component in a smartphone, for the CPU. But the SoC is much more than that; in addition to the CPU, it also includes the GPU, LTE modem, display processor, video processor, and other pieces of silicon that combine to form a useful system in a phone.

Even though several SoCs from phone manufacturers’ own created chipsets may be advertised on some phones, they all use the same ARM system architecture. In order to exploit their technology to create potent and effective SoCs, ARM produces its own processors and GPUs and grants licenses to other firms for their design and system architecture.

As long as they are compatible with ARM’s system architecture, some businesses also employ architectural licensing to create their own proprietary CPUs for use in smartphones.

Without RAM and memory, no smartphone can operate (system storage). While certain high-end smartphones come with LPDDR5 RAM, the majority of mobile devices today come with LPDDR4X RAM. The “LP” in these chips stands for “Low-Power,” which lowers their overall voltage, increases their efficiency, and lengthens the battery life of mobile phones. While LPDDR5 is the pinnacle of RAM, offering unheard-of speeds and power, LPDDR4X is more effective and potent than LPDDR4. However, LPDDR5 is more expensive to develop, which is why they are only found in high-end smartphones.

LPDDR5 memory is blooming in mid-range smartphones as newer generations of RAM, including LPDDR6, are developed.

Internal storage is available as flash memory and starts at 32GB and can reach 256GB on some phones. Naturally, smartphone makers will dramatically boost the amount of RAM contained in smartphones as customers’ requirements, which are dependent on how much storage they utilize, gradually expand.

Smartphones require connectivity elements to receive and send text messages and phone calls because, at their core, they are essentially phones. Modems are used because of this, and so each SoC manufacturer has a unique brand of modems.

If you’ve heard the term “Cat. 9 LTE modem,” that refers to the fastest LTE modem currently available. These manufacturers are competing to deliver the fastest and most productive category of LTE processors. However, having such potent CPUs in smartphones is completely useless if your cellular network is unable to support those kinds of speeds.

Every smartphone has a front- and rear-facing camera. Three components make up a smartphone: The sensor, camera, and image processor.

While the smartphone’s megapixel count is still a crucial component of the camera, it no longer holds the same weight that it once did. The phone’s camera sensor and how responsive it is to light passing through the lens are the main limiting factors.

Every smartphone’s sensor responds quite differently, so every photo we take will have variable contrast, color accuracy, saturation, and other characteristics depending on which smartphone we use.

A smartphone’s ability to act as a “touch-enabled smart device” is made possible by five main sensors. Accelerometer: Used by apps to track the direction and motion of the device and to enable functions like vibrating the phone to change the music.

For functions like tilting your phone to play games or watch movies, the gyroscope, which works with the accelerometer, detects the rotation of your phone.

For use with maps and navigation, a digital compass assists the phone in locating the North direction. The Ambient Light Sensor automatically adjusts the screen brightness in accordance with the ambient light, which helps preserve battery life. This would also explain why the brightness of your smartphone is decreased in low-light conditions, helping to lessen the strain on your eyes.

The device locks the screen automatically to prevent unauthorized touch commands if it is brought close to your ears while you are on a call with the use of a Proximity sensor.

Even though some peripherals, such as accelerometers, are often placed on the mainboard, the majority are off the board. Normally purchased as separate modules, these additional peripherals are all linked to the mainboard by flexible PCBs with low-profile connectors.

They consist of speakers, microphones, fingerprint scanners, haptic devices, front- and rear-facing cameras, as well as a number of connectors and adapters for removable devices including SIM cards, SD cards, and earbuds.

These are some of the core components that make your smartphone smarter. It’s intriguing to learn that a single phone requires the purchase and assembly of numerous parts to create the technology on which humans are most dependent.