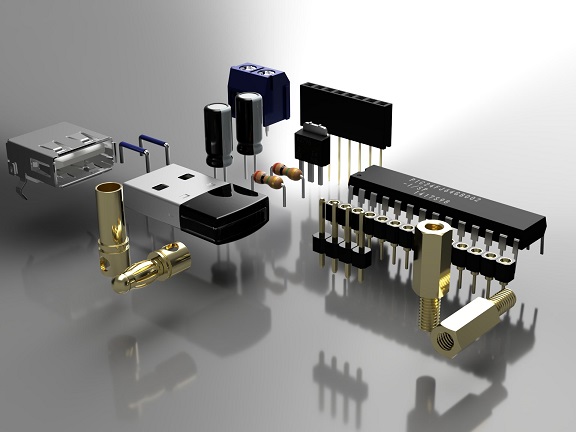 Classification of Electronic Components: Components can be classified as passive, active, or electro-mechanic components.

Applications of Electronic Components: An electronic circuit is a structure that directs and controls electric current to perform various functions including signal amplification, computation, and data transfer. It comprises several different components such as resistors, transistors, capacitors, inductors, and diodes.