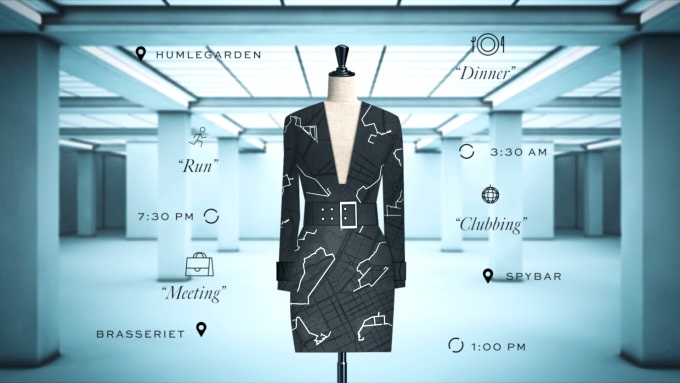 Historically, putting machines on your body has been perceived as too cyborg and science fiction, but recently there has been a rapid breakthrough a product’s grouped under the term wearable tech. Most of today’s solutions are limited to head and wrist displays. On the other side of the coin, however, the race has been on full throttle to integrate technology with mainstream clothing and innovating wearable tech.

Science has come a long way in making these wearables much more small and compact way from wearing a computer on your body in the early days. However, these are primarily devices that do not essentially contribute to the language of fashion of people that wears them. When you think about these devices they are all about the quantified self. These wearable devices like a fit bit or a smartwatch are functioning for the sole purpose of mentioning your body, retrieving data out of it, and share that information with you.

Most tech wearables are tracking devices. They can track possibly any biosignal from your body and present you with real-time information and they are being used by a vast majority of people around the world. Having said that, the massive potential that the fashion industry has for wearable technology still remains untapped, with most experts agreeing, that the problem lies in the lack of consumer involvement. They insist that for consumers to wear fashion tech products, the design is critical, while there is this idea that only by creating a sustainable story behind such innovative garments brands can create mass-market adoption.

Some key findings from the Accenture Digital Consumer Survey, which looked at consumers’ receptivity to wearable technology in six countries, show that 52 percent are interested in fitness wearables while 46 percent are interested in smart glasses. A similar survey from Forrester shows that 25 percent of fashion consumers are fine with smart sensors clipped to their clothes while 15 percent like embedded technology into their garments. Moreover, 3 percent would even have fashionable tattoos with smart sensors. 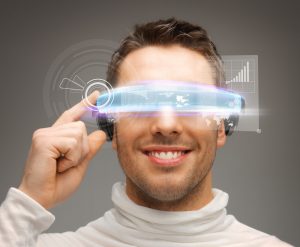 Truth being said, there’s no point in businesses developing innovative garments packed with wearable technology if nobody buys them. For that, it is arguable that for the fashion consumer to engage in the consumption of fashion tech goods, long before these garments become a part of their daily lives, product aesthetic and style are paramount in incentivizing them. Moreover, while fashion tech garments must have appealing aesthetics, there is the need to imbue them with social values and a sense of doing good by consuming them, it is implicit for the fashion consumers to buy them.

To oversimplify, to them, fashion has always been about how it looks and how it makes the consumer feel. 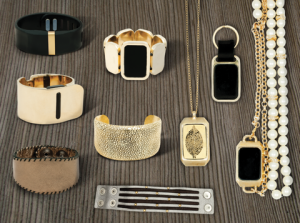 Smart accessories, such as bangles, smartwatches, tassel key chains, smart rings, bracelets, bands, wristlets, earrings, necklaces, gadget gloves, anklets, etc., have taken the fashion game quite forward. They look classy and come in all metals, ranging from precious to semi-precious and even artificial ones. More than kicking the fashion statement up a notch, they also perform a number of tasks like syncing with the smartphones, acting as selfie buttons, tracking various activities (like heart rates, stress levels, sleep patterns, menstrual cycles, etc.), acting as air purifiers, and many of such devices have in-built chargers as well. Moreover, they can communicate with smartphones. 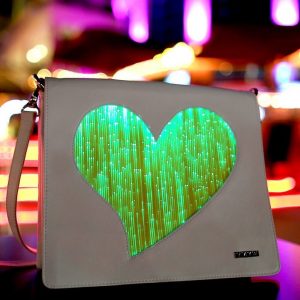 Classy handbags built on wearable technology are equipped with cool features, like, internal lights that turn on automatically when the bag is opened. There are LED lightings that operate on batteries to illuminate the interior of suitcases and handbags. These bags keep users connected to their devices and allow hands-free calling, music listening, photo clicking, location pinning, and voice recording, among other things. They can also help in charging a smartphone and other USB devices. 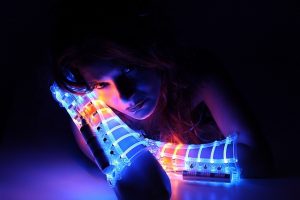 Scientists have that chameleons change their colors according to their mood and the environment. Well, now that phenomenon is not only limited to chameleons, as Smart fabrics are being increasingly used to give comfort to wearers and their color or texture gets altered according to the environment they are worn in. Apparels with newer fabrics, such as synthetic microfiber have also become common. Some apparels also have sensors in them that measure biometrics and adjust the temperature. Then, there also are connected apparels that have embedded RFID technology allowing customers to locate and retrieve lost wearables. Smart clothes combine fashion, wearable technology, and function together.

Work Wear redefined for an age of Wearable Tech

In the future of work fashion, data is the new black. The clothes we wear to work will be sensor-embedded and connected, monitoring stress levels, reminding us of appointments,

alerting us and others when there’s important work to be done, and more, says Rebeccah Pailes-Friedman, author of the 2016 book “Smart Textiles for Designers: Inventing the Future of Fabrics,” Much of this technology already exists in apparel used in the military, medicine, and sports. Blue-collar and white-collar workplaces are the next frontier.

The geniuses of wearable tech have put forward grounds for some of the ground-breaking advancements as an extension to the human self, which was earlier can be only dreamt of. Our bodies are radiat

ing data. Constantly radiating data. But, for the most part, we tend to ignore those data that our bodies are trying to communicate to us until something goes terribly south. However, with the advent of technology, specifically with the advent of wearable technology and sensors, we now have dials and gauges, and trackers that are collecting all data that our bodies are radiating, and allowing us to analyze in real-time and make changes in our lives at the most basic human levels.

Ridiculing the notion that technology separates human beings, it is in reality, expanding our humanness. Technology is the enabler for the quantified self. Medical equipment, and computers to collect and analyze our data are no longer required because people can now wear the sensors that can do that for us in real-time, and look at the data on smartphones. Now with wearable technology, one can simply connect something to the back of their smartphone, take their own EKG, and instantaneously get an image of their heart health, without ever having to go to the doctor.

There are apps available that can identify events in your life that can change your mood. And by looking overtime at the good days and the bad days, one can identify the events and manipulate the environment around to make one feel more productive. Changing moods is one of the most basic aspects of being human. And like it or not, the data that is coming out of a human body is as honest as it gets. We all feel that we have a pretty good handle on our stress levels, but Spire is a device that one wears that tracks your breathing patterns, and it will identify when you are calm and focused when you are getting a little tensed and when you are getting completely frazzled. And when you completely frazzled, it sends an alert to you, to stop what you are doing, take 10 deep, cleansing breaths, and it will honestly tell you when you are most focussed.

The most connected man in the world

Chris Dancy, on any given day, is wearing 20 or 30 wearable sensors. They are connected to his body, to his house, and even his dog. When he was being interviewed, he started talking about his childhood, and he got very emotional. And at that moment all the lights in his house started flickering. Then he stopped what he was saying, and he closed his eyes, he started the sentence over again and told the story in a different way. 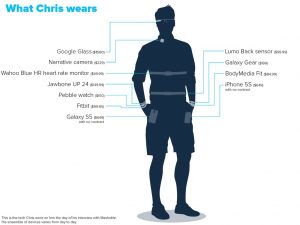 That was the wearable sensor that he’s been using to try to keep his tension down and his emotional level more intact. He was also wearing a wearable sensor that, whenever he loses his temper at home, classical music starts playing throughout the house, so that he knows to take a step back, and reanalyze what he is saying and how he is handling the situation. So in the process of all these improvements, he also lost over 100 pounds.

Now, he didn’t do this with an activity tracker or a nutrition app. He learned through all these wearable sensors that his calorie intake was directly correlated with the people he was with, and the lighting in the restaurants he went in. Now to some, this may be a scary prospect, but to others, this is an opportunity of a lifetime.