Vibe of the Future is Electric 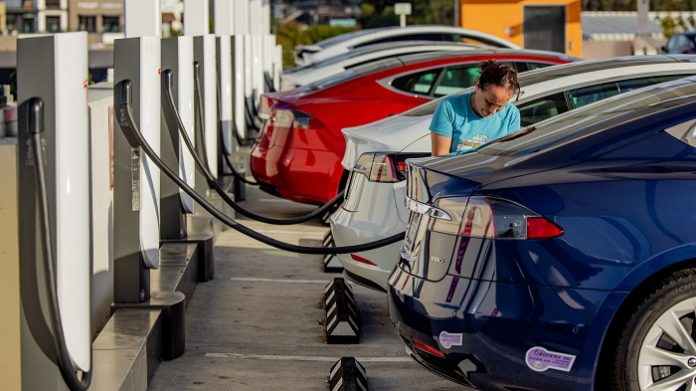 The carriers of the future – electric vehicles, are ruling the roads and how. The now, next, and beyond of the automotive industry.

Since time immemorial, humans have had the hunger to introduce improvements in their living conditions. We have gone from inventing wheels to capturing high-resolution pictures of galaxies, that are 13 billion light years away. And we are not stopping any time soon.

Coming down from interstellar space to our roads, the automotive industry in the last century has gone through remarkable developments. While Electric vehicles have been in existence since the 19th century, their high battery cost, low speed, and even lower lifespan did not help them thrive in the market. Even a decade ago, owning electric vehicles had barriers. Jump to 2022, and EVs are the talk of the town. The road from a nobody to the poster boy for the automotive industry has been quite a ride for zero-emission battery electric vehicles.

It’s unfair to credit the invention of the electric car to one person or country. A Series of ameliorations- from the creation of batteries to electric motors, made it possible to put Electric vehicles on road. When introduced 100 years ago, they gained popularity first among the people who used them for short distance traveling within the city. But the lack of charging infrastructure became one of the main impediments to EV adoption.  However, the last decade saw them gain an astounding position in the market. With the impending climate catastrophe, the focus is on eliminating energy sources that are harming the environment. Fueled by an increase in oil prices, supply chain constraints due to COVID-19, tightening of emission norms, the pressure of inflation, government incentives, improvement in battery technologies, and a decline in battery prices have led the EVs on an exponential growth curve. Most electric vehicles use lithium-ion batteries which have high energy per unit mass relative to other electrical energy storage systems. EVs convert about 60% of the grid energy to wheels while gasoline vehicles convert only about 20%. Vehicle electrification is a strong strategy to cut down the carbon footprint and aid in lowering household transportation costs in general.

When EVs first came, range anxiety was the foremost concern, but today with the high-density batteries, this is no longer an issue. In the early days of EVs, they were limited to small cars. Today a much wider variety is available. Electric mobility has given car designers more creative freedom with lesser constraints than traditional vehicles. Economical maintenance and repairs constitute as an untouchable advantage that EVs have.

In 2021, the electric vehicles sale around the globe doubled to 4.6 million units and their sale overtook the sale of hybrid vehicles for the first time. Despite tremendous growth, India is still virtually untouched by this revolution, and the registration of EVs in India was only 0.29%. The government, however, is aiming to turn 30% of vehicles sold by 2030 electric. This should serve as a reason for developers to work more aggressively to bring out affordable electric vehicles.

Though in the manufacturing stage, EVs produce more harmful emissions than gasoline vehicles, they make up for it within 18 months of them being put on the road and then outperform gasoline vehicles throughout their lifespan.

The climbing has just begun for EVs with a lot of untapped potential in the industry and the growing demand, Electric vehicles have nowhere to go but up from this point.