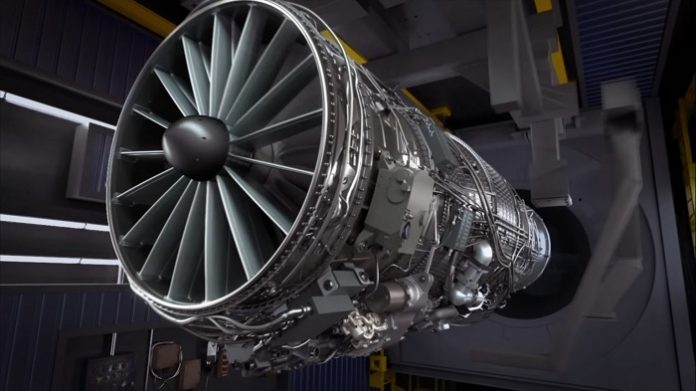 A new engine that will power the F-35 and the US Air Force’s Next Generation Air Dominance (NGAD) programme has completed testing. The GE engine, called XA100, uses an adaptive cycle design that provides a high-thrust mode for maximum power and a high-efficiency mode for fuel savings and loiters time.

NGAD is a family of systems currently in development by USAF and industry partners. At the center of this programme is a sixth-generation fighter to replace the F-22 (commonly referred to as F-X). Last September it was revealed that the fighter had been designed, developed, and tested in the space of a year and flown.

More recently, the concept art of the new combat jet appeared in a USAF biannual report on acquisition.

GE says this successful test validates the ability of the engine to deliver “transformational propulsion capability” to fighter aircraft.

“We were exceptionally pleased with how the engine performed throughout the test,” said David Tweedie, GE Edison Works’ general manager for advanced combat engines. “Bringing a new centreline fighter engine to test for the first time is a challenging endeavor, and this success is a testament to the great team that worked so hard to get us here. We’re looking forward to working with the Air Force and other stakeholders to identify the next steps toward bringing this revolutionary capability out of the test cell and into the hands of the warfighter.”

Assembly of GE’s second prototype XA100 engine is well underway, with testing on that engine expected to begin later in 2021. Once complete, that will conclude the major deliverables of the AETP program.