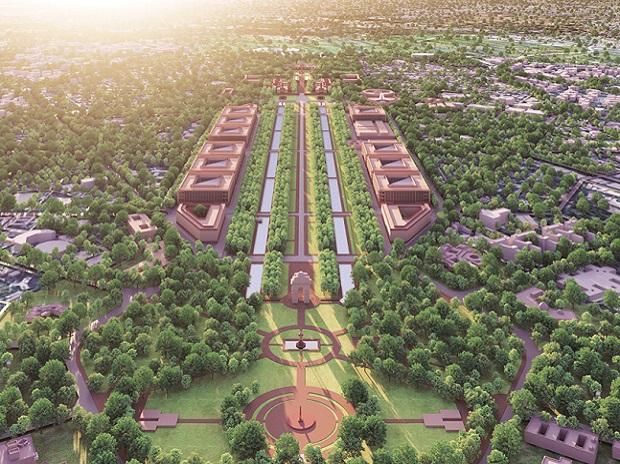 The government will set up a large ‘Defence Enclave’ to housetop defence brass and personnel under its ambitious Central Vista redevelopment project, official sources in the Union Housing and Urban Affairs Ministry said on Thursday. According to the sources, the vice president’s house and its nearby buildings will be demolished to pave the way for constructing the defence enclave. The new residence of the vice president will come up near the North Block.

At present, the defence minister, his deputy, defence secretary, Army chief, Navy chief as well as several three-star officers have their offices at the South Block. The offices of the Navy, Army and Air Force are also spread across several parts of central Delhi, including the Lutyens’ Zone. Many operate from hutments near the North and South Blocks.

“There are currently various offices of the defence ministry at many places. They will now have their own large ‘Defence Enclave’ that is also required from the security point of view. The new enclave will be constructed by 2026 and this will be part of the ten buildings to be constructed under the common central secretariat,” a source told PTI.

“The land where the vice president’s house exists at present will also be used for the new enclave along with the nearby land,” the source said.

According to the six-year timeline of the redevelopment project, the new parliament building will be completed by November 2022, the prime minister’s residence by December 2022, the vice president’s enclave by September 2022, Indira Gandhi National Centre for the Arts (IGNCA) by April 2023, MP chambers by March 2024, National Archives of India by June 2024 and Central Conference Centre by December 2026 among others.

The North and South Blocks, which have symbolised the government’s authority since their inception in Lutyens’ Delhi, are likely to reflect the history of India till 1857 and post the First War of Independence as the centre has planned to convert the two heritage buildings into museums as part of the Central Vista project.