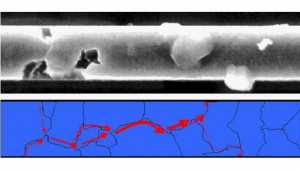 In this article, we will discuss the problems of electromigration and IR drop, and techniques to prevent the occurrence of these issues in electronic devices.

The technology trends and demand for compact electronic devices require modern IC designs. Electronic equipment manufacturers are exponentially decreasing the metal interconnect width. As a result, the cross-sectional area of interconnect is shrinking. Moreover, due to the increasing functionality integration and devices interconnection, there are more wires on a die. Hence, any device working on nodes lesser than 16nm is susceptible to performance issues over a period, due to the failure of passing proportionate currents, leading to issues of electromigration and IR drop.

Electromigration (EM) is a molecular displacement due to the momentum transfer between conducting electrons and ions over a period of time. It occurs when the density of the current is high, which causes the metal ions to drift in the direction of electron flow. EM usually occurs after years of deployment of devices in the field.

Due to electromigration effects, the metal wires may burst into open and shorts. EM can increase wire resistance, which can cause a voltage drop resulting in device slowdown. It can also cause permanent failure in circuits due to shorts or opens. EM goes in a positive feedback loop with temperature (Joule Heating). Here is how to find the Mean Time to Failure (MTTF) of a metal line with Black’s Equation.

N = Scaling factor (usually set to 2 according to Black)

What is IR Drop?

IR drop is the voltage drop in the metal wires constituting the power grid before it reaches the power pins of the standard cells. It becomes very important to limit the IR drop as it affects the speed of the cells and overall performance of the chip. There are two types of IR drops:

Static IR drop is an average voltage drop for the design. It is dependent on the RC of the power grid connecting the power supply to the respective standard cells. The average current depends totally on the time period. Gate-channel leakage current is the major reason for the static IR drop.

Dynamic IR drop is a drop in the voltage due to the high switching activity of transistors. It happens when there is an increasing demand for current from the power supply due to switching activities of the chip. Dynamic IR drop depends on the switching time of the logic and is less dependent on the clock period. Dynamic IR drop evaluates the IR drop caused when a large number of circuitry switches at the same time, causing peak current demand.  This current demand could be highly localized and could be brief within a single clock cycle (a few hundred ps), and could result in an IR drop that causes additional setup or hold-time violations. Typically, high IR drop impact on clock networks causes hold-time violations, while IR drop on data path signal nets causes setup-time violations. In such cases, you can separate the standard cells apart so that the burden on a given bump to feed many standard cells, which have high switching activity, can be mitigated.

Vdynamic_drop = L (di/dt) [current L is due to switching current]

A Case in Point:

We observed 1155 electromigration violations on signal/clock nets. We had max_cap of 371fF load and average net length was ~640um. Capacitance load was based on the default value in the standard cell lib. This enabled nets to allow more current.

Apart from the clock, we saw an IR drop hotspot on some of the power-hungry cells and highly dense region.

Once you have the EM results, you can take the net shapes and re-route those nets with the NDR. Applying NDR involves routing of clock nets using double-wide or triple-wide metal with more spacing. This will quickly remove most of the violations and can even predict the nets, which are more likely to have EM violation based on two parameters: 1) driver strength and 2) load.

You can filter out nets with more load and heavy drivers and move them to NDR. You can decide the threshold load for different driving strength based on project statistics.

Example: We saw an amazing improvement on one of the blocks

Before these settings, there were 309 violations, which reduced to 1 after applying NDRs.

Restricting or reducing the load on the nets can also be helpful in preventing the occurrence of electromigration. In the above example, we saw 142fF as an average capacitance in the design. Based on the statistics of a few experiments, we restricted all nets to have a maximum 60fF of load. As a result, we saw a very good improvement in signal EM as well as on average net length.

When it comes to IR drop issues, clock structure is the primary culprit for the power consumption of the chip due to high clock switching. However, with padding clock cells technique, clock buffers/inverters and clock gate cells are given extra area as keepout regions to avoid placement of standard cells and any excessive cell density around them. This helps to prevent the dynamic IR drop.

Some cells with high driving strength create dynamic IR drop issue. You can give cell padding to these cells or insert decap cells around it or IR hotspot region to prevent IR drop issues. 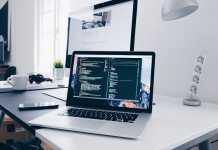 System Design is the most efficient manufacturing process in data architecture 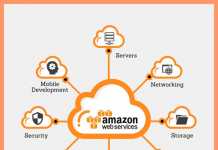 How to get more signal chain from your MCU in factory...