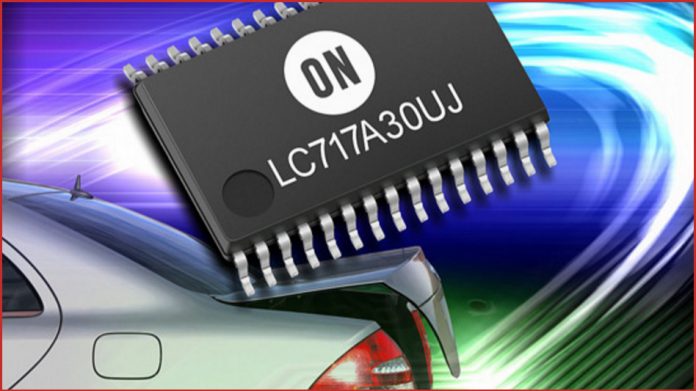 With the increasing demand for touch technology for consumer electronics as well as non-consumer ones, ON Semiconductor has released LC717A30UJ capacitance-to-digital converter that targets touch/proximity sensors.

With eight capacitance-sensing input channels, it is widely used in systems that need an array of switches. The device includes an integrated multiplexer for input channel selection, analog-to-digital converter, dual-stage amplifier that determines capacitance changes plus outputs analog amplitude values, system clock, power-on reset circuit, and all the necessary control logic. Both I²C and SPI interfaces are selectable based on the system application needs.

The device’s sensitivity of 150mm enables gesture motions. In addition, it is capable of operating with an air gap between the sensor/PCB and the protective cover – so engineers can eliminate the inclusion of a light guide from the assembly. This device also includes an integrated automatic calibration function which optimises and self-calibrates total capacitance according to the electrode, line capacitance and the surrounding environment, thus accelerating system development cycle time.

The LC717A30UJ has a response time of 16ms for its eight sensing channels and runs off a 2.6V to 5.5V supply with power standby mode of 2μA. To support the needs of automotive applications such as vehicle entry systems and dashboard controls, the device is AEC-Q100 compliant. It can also be employed in a range of touch or gesture human interfaces in industrial and consumer end products such as induction cookers, refrigerators, home entertainment systems, building automation equipment, industrial equipment and lighting controls.