India has a strong desire of becoming the largest hub for electric vehicles. The Auto Expo 2020 saw the birth of dozens of EVs of different sizes and prices from a wide section of automakers. With this new wave of electric vehicles, there is a desire for constant innovations in the electric car industry requiring a need for more infrastructure to accommodate the consumer demand. Seeing an electric car on the road will become as common as driving past a traffic light.

When the eVerito arrived on the scene in June 2016, the only other electric car available was the tiny e2o. Nearly five years on, there are seven all-electric cars on sale, ranging from mass-market sedans and SUVs to premium luxury SUVs. Here’s a quick look at every electric car and SUV you can buy in the country, today. The first all-electric Tata, the Tigor EV, was only available for commercial buyers when it first launched in June 2019. Due to its small 16.2kWh battery and 142km ARAI rating, the Tata Tigor EV didn’t really alleviate the range anxiety associated with all-electric cars. Driving Tata’s electric sedan in traffic is no hassle but it runs out of steam above 50kph; our Tigor EV review showed it took 18.84sec to hit 80kph. In October 2019, Tata introduced an upgraded Tigor EV in three variants and with a larger, 21.5kWh battery pack, which gave it 213km of range on a single charge. The brand also opened order books for individual buyers. The Mahindra eVerito – the all-electric version of the now-discontinued Verito sedan – has now been on sale for nearly five years. Available in two variants – D2 and D6 – the eVerito has an 18.55kWh battery pack that has an ARAI-rated 140km of range; real-world range, which is usually lower than the ARAI figure, has been a complaint. The weak electric motor also means the eVerito is slow and struggles to keep up with city traffic. Mahindra’s all-electric sedan is only suitable for short commutes and is expensive for what it is, though the practical, if ageing, the cabin is a plus point. 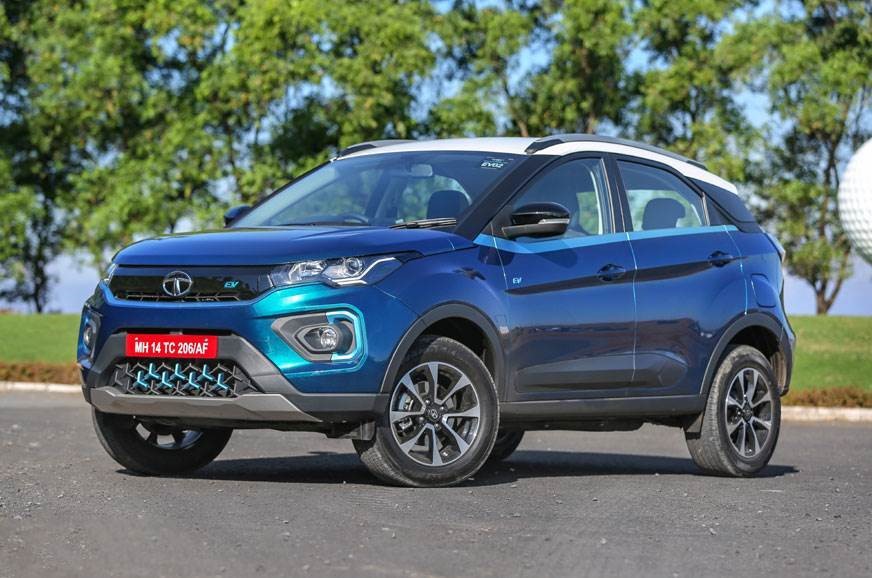 Tata Motors’ second electric car is quite an upgrade from its first. The Tata Nexon EV has the modern tech, like a connectivity suite, and a number of goodies, such as a sunroof, and feels like the first electric car from the company that could serve as an alternative to a petrol car. Expect the 30.2kWh battery to last 180-220km in the real world; our review of the electric Tata compact SUV showed it is quick off the line, effortless, and decently fun-to-drive too. Nexon EV prices start Rs 2.52 lakh higher than the top-spec Nexon XZA+ DT (O) petrol-automatic and end Rs 4.93 lakh higher, which is a significant premium. While Nexon EV sales crossed the 4,000-unit mark at the beginning of this month, the all-electric SUV has been mired in controversy after complaints about its range. Currently, the delisting of Tata’s electric SUV from the EV subsidies list has been put on hold by the Delhi High Court. 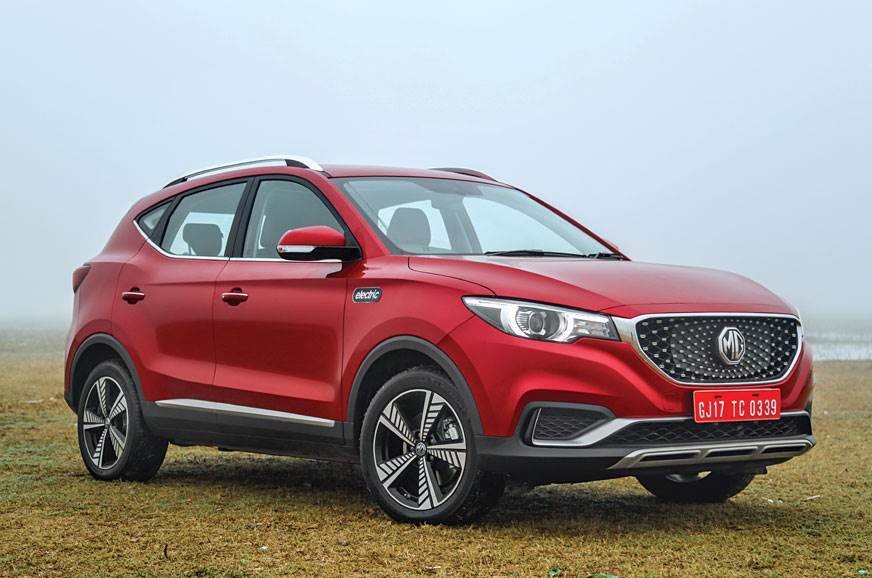 The ZS EV is a direct rival to Hyundai Kona Electric. It boasts of a longer real-world range from its 44.5kWh battery pack (as our comparison between the ZS EV and Kona Electric showcased), more cabin space, and a long list of equipment; there are some features that are missing from a car in this class though. Despite a recent update that increased its ARAI range from 340km to 419km and ground clearance by 16mm, MG ZS EV prices also undercut Hyundai’s EV by a small margin. A standard 5-year warranty pack also helps the all-electric MG SUV’s case. Autocar India has the honour of setting the record for the maximum distance travelled in an EV on one charge in India – it was a 563km-long run in the ZS EV.

The Hyundai Kona Electric was introduced in July 2019 as a CKD to showcase the Korean brand’s technology in the EV arena. We found out in our Kona Electric road test that it was a peppy performer, a typically well-kitted Hyundai, and that it could go a decent distance on a single charge. However, its interiors are bland and aren’t all that spacious either. Just last year, Hyundai’s variable ‘Wonder Warranty’ pack was made available on the electric SUV. The Kona Electric facelift for international markets was revealed in November last year though there’s no word on when it’ll be brought to India. Mercedes-Benz India’s first all-electric model, the EQC is meant to lure traditional luxury SUV buyers. The Mercedes-Benz EQC is refined, has a fun-to-drive aspect, and can go about 350km on a single charge; buyers who opt to drive should not have any complaints. It’s luxurious too though it’s not as feature-rich as you’d expect from a car of this price; with a Rs 1.04 core price tag, it costs as much as the larger GLS. Jaguar’s answer to the Mercedes EQC is typical in many ways – it’s stunning to look at and is a hoot to drive. The I-Pace is easy to live with too if only we had the infrastructure to support the lifestyle. The Jaguar I-Pace has gone on sale in three trim levels – S, SE and HSE.

It has a 90 KW Battery Capacity with a 400 horsepower engine. The torque of the Jaguar I-Pace is 696Nm and range of 470Km.  The Audi e-Tron and e-Tron Sportback are expected to arrive during the first half of this year to take on both, the I-Pace and the EQC. 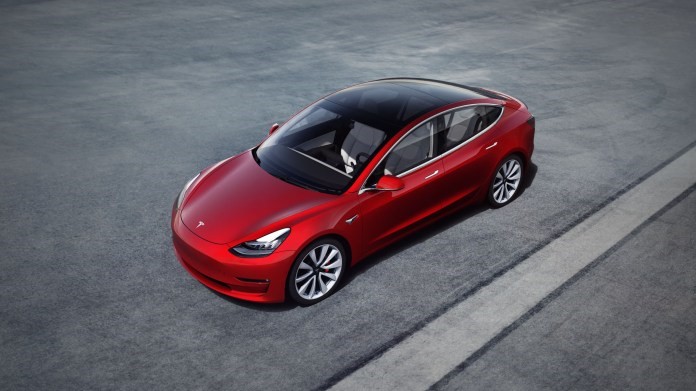 As soon as the minister of road transport and highways, Mr Nitin Gadkari made the statement around the Tesla Model 3 coming in 2021, the news spread like wildfire.

The Model 3 will be coming to India as a CBU (Completely built unit), with chances of local production in the later years. The bookings for the Tesla Model 3 are scheduled to start from January 2021. 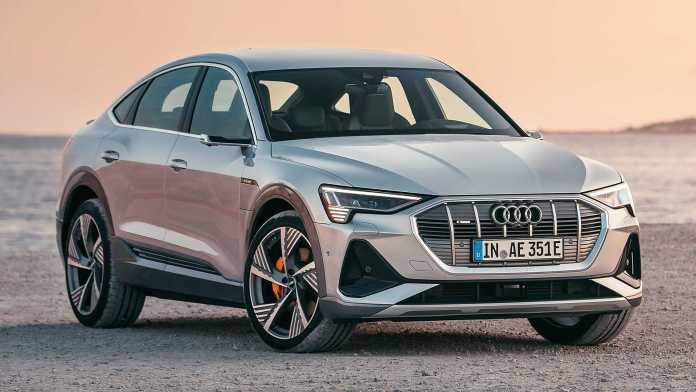 The German carmaker, Audi has announced the launch of the e-Tron SUV in India in 2021.

Audi e-Tron is powered by two motors. A 125kW motor at the front and a 140kW at the rear. Offering a 408 bhp of power and churning out a 664 Nm of torque, the car is powered by an AWD system. 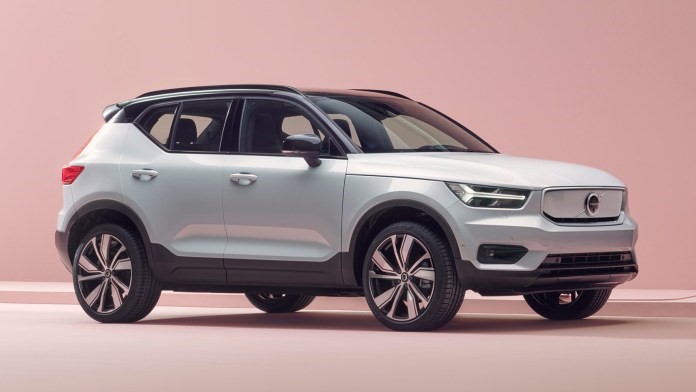 The Swedish carmaker is coming with an EV in 2021. What’s more to rejoice?

Volvo is launching the XC40 Recharge, its first electric offering in India. The car offers a 400-kilometre range on a single charge. Using two electric motors, the car generates a combined output of 402 bhp and generates a torque of 659 Nm.