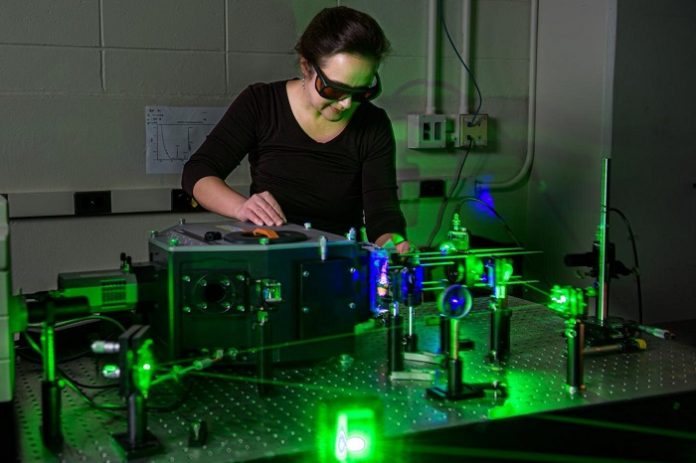 Humans can do lots of things that plants can’t do. We can walk around, we can talk, we can hear and see and touch. But plants have one major advantage over humans: They can take energy directly from the sun.

That process of turning sunlight directly into usable energy—called photosynthesis—may soon be a feat humans are able to mimic to harness the sun’s energy for clean, storable, efficient fuel. If so, it could open a whole new frontier of clean energy. Enough energy hits the earth in the form of sunlight in one hour to meet all human civilization’s energy needs for an entire year.

Both wind turbines and photovoltaics have downsides in terms of environmental effects and complicating factors.

Researchers around the world are working incredibly hard to try to come up with accessible energy. The energy that is clean and sustainable that we can create with nontoxic, easily available elements. Artificial photosynthesis is the way forward.

Photosynthesis is a complex dance of processes whereby plants convert the sun’s radiance and water molecules into usable energy in the form of glucose. To do this, they use a pigment, usually the famous chlorophyll, as well as proteins, enzymes and metals.

The efficiency of simple photovoltaic cells—solar panels—is limited by semiconductors’ ability to absorb light energy and by the cell’s ability to produce power. That limit is something scientists could surpass with synthetic photosynthesis.

With artificial photosynthesis, there are not fundamental physical limitations. You can very easily imagine a system that is 60% efficient because we already have a precedent in natural photosynthesis. And if we get very ambitious, we could even envision a system of up to 80% efficiency.

Photosynthesis is massively efficient when it comes to splitting water, the first step of artificial photosynthesis. Photosystems II proteins in plants do this a thousand times a second. Blink, and it’s done.

The group of researchers is mimicking the process by building their own artificial leaf analog that collects light and splits water molecules to generate hydrogen. Hydrogen can be used as a fuel by itself via fuel cells or be added to other fuels such as natural gas, or built into fuel cells to power everything from vehicles to houses to small electronic devices, laboratories and hospitals.

Scientists lab experiment with natural photosystem II proteins and synthetic catalysts combinations in attempts to understand what works best—and why. They also put a priority on using compounds and chemicals that are readily abundant on Earth, easily accessible and nontoxic to the planet.

The reaction is very complex. The chemistry of splitting water molecules is extremely intricate and difficult.

Scientists have been working on artificial photosynthesis since the 1970s. That’s a long time, but not when you remember that photosynthesis took millions of years to evolve. Not only that, but scientists believe that, unlike flight, communication or intelligence, photosynthesis has evolved only once—about 3 billion years ago, only about 1.5 billion years into Earth’s existence.

The team posits that within the next 10-15 years, enough progress will have been made that commercial artificial photosynthesis systems may begin to come online.