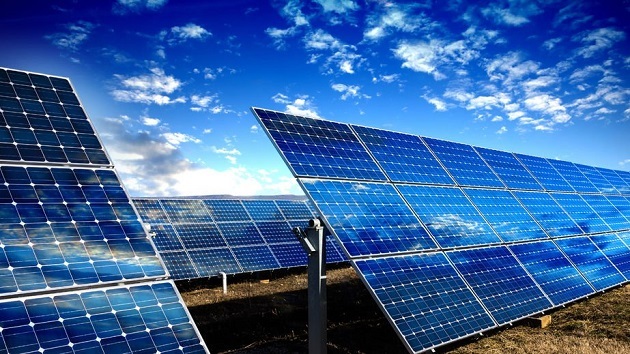 The oceans are dying, animal and plant species are getting extinct everyday by the hundreds, and the times openly call for the world to make a shift to an alternate fuel. A fuel that brings with itself both the dependability and usability of fossil fuels. Carmakers have decided that battery powered cars are the future. But even that comes with drawbacks of its own.

How would it be then to use something that is perhaps the most abundant source of energy: the sun? Solar power has been around for a while but is yet to receive mainstream acceptance. In hindsight, India’s solar industry stands at an exciting juncture. The nation wants to promote the sun as a viable means of energy. And assuming the responsibility to do that are certain companies. We carried out an extensive survey and dug up the leading players in India’s solar industry. Take a look:

A complete subsidiary of Tata Power, this is India’s leading solar company. Headquartered in Bengaluru, it is India’s largest solar company. Tata Power Solar Systems has been leading the way regarding innovation made in the solar industry. With a noble vision of producing electricity for the masses without leaving the slightest carbon footprint, the company is undertaking several innovative solar projects. Along with having the resources and the vision to make India all solar, Tata Power Solar Systems also has access to some cutting-edge technologies to translate their dreams into reality.

Stationed in Bengaluru, EMMVEE, led by DV Manjunatha, is one of the most diverse solar companies in India. Their dealings range from solar-powered water heaters to sophisticated photovoltaic cells. When you think that the company was only founded in 1992, it just fascinates what it has managed to achieve in such a small time span. EMMVEE is one of the fastest growing and prominent solar companies in the country and has paved the way for groundbreaking innovation in the solar industry.

Loom Solar was started by ex-Luminous executive Amol Anand in 2018 and it operates all across the country with 1,000 + Dealer, Distributor network. It has made 2000 homes solar powered across 700 cities in India.

Founded in the year 1989, Icomm Tele Ltd. is one of the very few companies in India to have a global reach. For starters, the firm has a strong presence in countries like Nepal, Sri Lanka, and Bangladesh along with several Middle Eastern nations. Being one of the leading solar companies in India, Icomm has a diversified wing with solar solutions in the fields of telecom, power, defence, and infrastructure. When you have such diversity to boast about, you are bound to be identified among the leading players of India’s solar industry.

Like Icomm, MBSL also boasts of a massive global presence, In India however, the company’s current solar might stands at 250 MW, according to current efficiency levels. In 2013, the company became one of the major driving forces in Kerala’s ANERT program that aimed at installing solar panels on residential rooftops. Headed by Deepak Puri, MBSL is making giant strides in making India one of the most significant hotspots for solar power production.

Indoslar was founded very recently in 2008 by Bhushan Kumar Gupta. However, in less than a decade of operations, the company has already started manufacturing solar panels and other instruments for the Indian and global markets. With a capacity to produce 450 MW of solar power, it has made its name among the leading solar companies in India.

Founded in 1989, Waaree Solar has become one of the leading players in India’s solar market. Like all great companies, it has a diversity of the solar equipment that it produces. Besides solar power, the company provides industrial valves, and process control instrumentation. Apart from that, the company also has a significant global presence.

Although the company had to face some financial issues when it opened, Websol soon got over it and became one of India’s leading solar companies. The company aims at making solar power accessible to common people.

Vikram Solar‘s parent company has an experience of over 4 decades in engineering and manufacturing activities. Due to its lineage, it is recognised as one of the most prominent solar companies in the subcontinent. They have one of the largest solar plants, located in West Bengal. The solar company has already done several successful projects in states of Rajasthan and Tamil Nadu.

The USP of Photon Energy Systems is its active R&D department. Equipped with state of the art facilities and technologies Photon has managed to establish its name as a major Indian solar company. The company deals with the production of solar PV modules and solar thermal systems.

The industrial revolution in the 18th and 19th century was the beginning of many changes that govern the world around us today. Apart from urbanizing people and accelerating economic growth, it gave us the internal combustion engine, something that changed the world in many ways. For all the convenience that machines running on fossil fuels bring, there is always an ethical conundrum related to it. All of it comes at an expense: nature. The effort that these companies are putting to make solar power more usable and accessible is commendable indeed. With no adverse effect on nature, solar power certainly seems like the power of tomorrow.