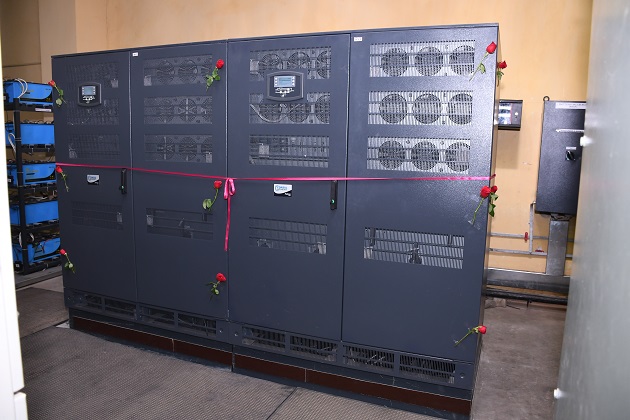 Consul Neowatt, the Global Indian UPS company announced that Chennai Airport, India’s fourth largest airport that is managed by AAI, has deployed 2 units of200kVA Falcon family UPS systems in parallel redundant configuration to protect as well as provide power back up to the critical Ground Lighting System for runways, and visual aid facilities.

Airport runway lighting system is associated with safety and efficiency of flight operation and assists in safe landing and takeoff. They are of importance at airports where traffic is dense, especially ‘mega’ hubs like Chennai. Consul Neowatt team of engineers and technical personnel, worked closely with airport engineers to deliver a dependable power back up solution.

“Nothing is more important to the aviation industry than safety, and the importance of airport lighting to the safe management of air traffic cannot be overstated. Having a highly reliable continuous power system in place is key to being among the best airports in the country and we are happy to work with AAI at Chennai Airport to help them enhance their operational efficiency and reliability,” said Sriram Ramakrishnan, MD & CEO, Consul Neowatt Power Solutions. “Our Falcon UPS systems are compelling to businesses because they are robust, energy- efficient and inherently reliable.”

Chennai airport is the fourth busiest airport in India, serving over 18 million passengers in 2017 and landing a plane every six minutes. Incase of a power outage the airport would lose its runway lights,  — key visual systems used to guide aircraft on the ground or in the process of landing or taking off, virtually eliminating a critically important navigation system and thereby creating a safety concern.

The Falcon UPS system with Parallel Redundant configuration provides additional reliability and will help AAI to deliver the safety it promises airlines and travellers. This is the second airport GLS installation for Consul Neowatt in the last six months, the company has previously supported GLS at Mangalore airport apart from Emergency lighting backup for multiple Airport terminals across the country. Consul Neowatt is one of the leading Indian UPS companies and is a part of the Government of India’s UDAN regional airport program by providing reliable power backup for GLS apart from other critical applications in Airports like safety emergency lighting within the Airport Terminals.