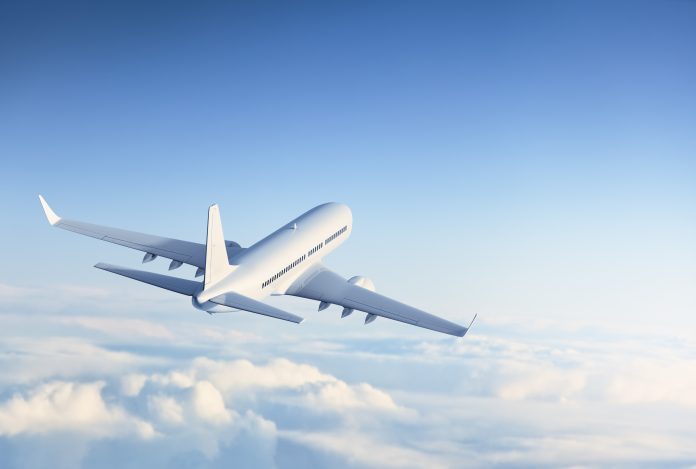 While the industry has suffered great financial loss during the pandemic. The positive effects on the environment from a lack of international movement are undeniable. Sustainability and environmental issues have been on the Aerospace industry’s agenda for many years. There have been some notable initiatives in the industry.

Consumers are considering the environment more than ever. Ultimately, airlines who fall behind or cannot invest in new risk further. With the airline industry in such a precarious position, this risk is very much a possibility. Airbus recently revealed three concepts for the world’s first zero-emission hydrogen commercial aircraft which could enter service by 2035. These concepts each represent a different approach to achieving zero-emission flight, exploring various technology pathways and aerodynamic configurations in order to support the Company’s ambition of leading the way in the decarbonisation of the entire aviation industry.

This year, South Korea’s Ministry of Science and Information and Communications Technology has stated that 23 research institutes and companies will come together to develop a counter- UAS (Unmanned Aerial System) that spots and neutralizes illegal unmanned aircraft.

Additionally, drone technology has taken great strides due to the advancement in artificial intelligence and swarm robotics in recent years. This includes sensors, command, control-system and missiles. The patrol drones will be more agile and cover the land system’s blind spots.

Drones flown by remote pilots using only cameras and sensors to guide their aircraft moved a step closer to regular use with the UK aviation regulator announcing trials that, if successful, could transform the logistics sector. Drones are currently banned from flying beyond the line of sight of their pilots. Under almost all circumstances, meaning it has been difficult to roll out the technology at scale on logistical tasks such as inspecting critical infrastructure or flying deliveries in urban areas.

Industry and regulatory experts warn that one of the key hurdles will be making sure drones can detect and avoid other objects in the sky, while a system to manage drone traffic will also have to be rolled out, to ensure there are no collisions.

Cutting-edge technologies like artificial intelligence, robotics, and wireless communications are on the verge of revolutionizing well-established industries — and among the most remarkable examples is “smart agriculture,” which has seen a tremendous increase in the use of drones for various tasks.

But research channels are working on it; for example, Delaware-based DuPont worked for years with student engineers at Virginia Tech in a partnership that helped guide the students toward the creation of a scouting and application drone, one that could have a modular payload to allow an imaging system to be put on for scouting while later allowing a sprayer to be attached and used for the targeted application of pesticides.

Turkish Aerospace is currently building one of the most high-tech production facilities ever seen in the aerospace industry. 16 robots will coat more than 50 different components in two highly automated paint shops in the future. The company also developed a new solution for this which, for the first time, enables both water-based and solvent-based 2C and 3C paints to be metered and mixed directly in the robot economically and with high precision.

A lot of work in aircraft production is still done by hand, with up to 95% of all components still being coated manually. Turkey’s state-owned aircraft manufacturer Turkish Aerospace Industries is set to change this with its new highly automated paint shops. In the two new paint shops, Turkish Aerospace will manufacture large numbers of components for Airbus and Boeing.

In India, Telangana, which has been the front runner in the aviation, aerospace and defence sectors, sees growth opportunities in the maintenance, repair and overhaul (MRO) space. The State is preparing for an MRO boom in the growing Indian industry and a global market that is valued at $65 billion. Not only to India, but MROs also set up in the State can effectively serve the Middle East and Southeast Asian regions as well.

There are already two large airframe MROs in the State -GMR Aero Technic and Air India Engineering Services located in GMR Aerospace Park adjacent to Hyderabad International Airport. Begumpet Airport has also been identified by the Airports Authority of India to set up an MRO hub, which will further boost the ecosystem.

Telangana is now keen to support aero engine MROs, given the significant presence of engine manufacturing and training facilities of leading global aero-engine OEMs (original equipment manufacturers) in the State. Telangana hosts the only engine training centres in India for both CFM and Pratt & Whitney. Aero-engine manufacturers GE and Safran have already established state-of-the-art aero-engine factories in Hyderabad.

Telangana has become the most vibrant aerospace hub in the country in the last five years. This has come from adopting a focused approach from a policy perspective, as well as developing dedicated infrastructure and providing the right skilling for the industry, which has brought in several foreign OEMs as well as the leading Indian players such as Tata, Adani and Kalyani etc to set up their manufacturing plants in Hyderabad.

When nations go to war, the nation with better technology will win. The transforming geopolitical landscape is driving preparations the world over for future wars that will be waged less with the bullet than with cyber technology, artificial intelligence, cloud computing, quantum computing, augmented and virtual reality, robotics, big-data analytics, unmanned drones, small-satellite constellations for 5G and 6G telecommunications, information acquisition, 3D printing, nanomaterials and human augmentation devices.

Multi-domain, or cross-domain, operations will comprise ‘centaur’ teams, where human will bind with machines to optimise the performance of both. These human-machine teams will harness AI for military applications that will transform decision-making on the battlefield.

The Indian Armed Forces’ demand for just such a connected soldier may be met by a public-private partnership under the government’s defence public sector undertakings (DPSU) program between Bharat Electronics Limited (BEL) and Hyderabad’s Grene Robotics, a niche private-sector player in AI and robotics, which are jointly developing an advanced man-portable surface-to-air missile.

The Indian Army is also focusing on bettering its C4I2SR capabilities while being mindful of the need for interoperability among the three services. As future operations will necessarily be joint, interoperability is a major objective of the newly created Department of Military Affairs that will form theatre commands.

BEL and CAIR are developing artillery combat, command and control system, while BEL, the Electronics Corporation of India and the Tata Group’s CMC are setting up a tactical command, control, communications and information system for field formations and ground-based electronic warfare projects.

In conclusion, the aerospace industry today accounts for maximum operations ranging from logistics to space application, it is also imperative to analyse and introspect the market on a regular basis so as to indulge in the latest technologies and trends. The Indian Aerospace sector has massive abilities when it comes to improvisation and introducing new reforms., The worldwide market also closely watches the industry and some among them are the parasites of development too. But the most important and underlying fact among these developments is an unexpected preparation for battle, which seems very unfortunate, The development in these sectors should always be beneficial for the course of humanity, not destruction.