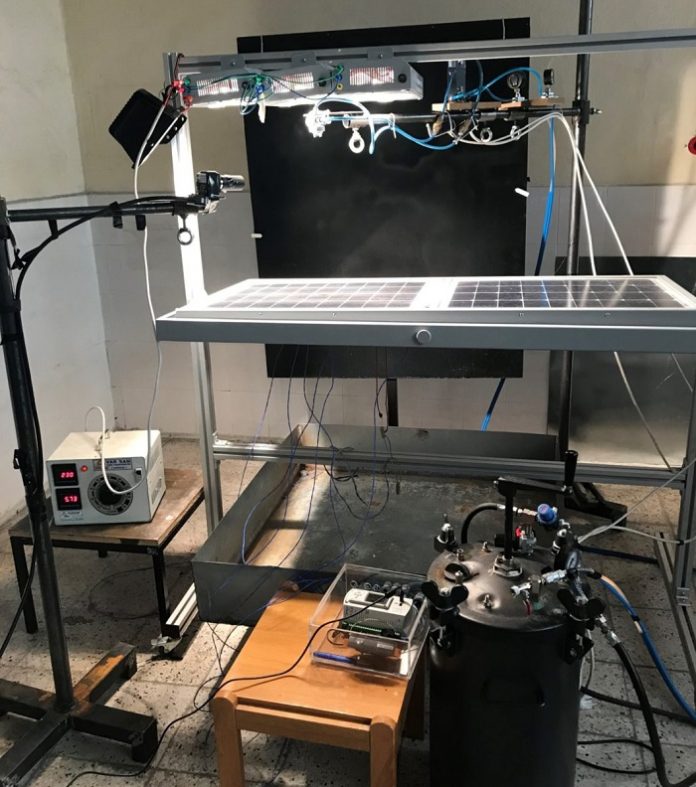 Researchers at Ataturk University in Turkey have evaluated the impact of water spray cooling on solar panel performance. They have proposed a number of technical improvements to optimize and scale up this active cooling technology.

The scientists said that they used response surface methodology (RSM). The technique, which is used to explore the relationships between several explanatory variables and one or more response variables, was used to identify the key parameters of water spray cooling applied to PV panels.

The researchers applied the so-called response surface design, which includes several mathematical and statistical techniques for empirical model building. It is often used to optimize a response, or output variable, that is influenced by several independent variables or input variables.

“Much finer and a more homogenous atomization is obtained compared to pressurized nozzles,” the researchers said. “Homogeneous droplet distribution and smaller characteristic diameters are other advantages over pressured nozzles.”

“Both the nozzle air inlet and the pressurized water tank are fed by the compressor,” he said, noting that multiple nozzles used in agriculture could be adapted to the system. “A compact system, such as an irrigation system, can be installed in a single pipe. There are many alternatives in this regard.”

The researchers conducted the tests on a panel measuring 630 mm x 550 mm x 25 mm and a power output of 50 W. The tests also featured an open-circuit voltage of 22.0 V and a short-circuit current of 3.03 A. Temperature measurements were taken with Type K thermocouples, which are among the most common temperature sensors, and data logger. The panel was set with an inclination angle of 15 degrees to prevent the accumulation of liquid on its surface.

“In accordance with 32 experiments conducted according to the experimental layout, the surface temperature was reduced by spraying and the electrical efficiency was gained between 9.4% and 11.435%,” the academics explained. “In other words, after achieving thermal balance under 900 W/m2 irradiance, the electrical efficiency is around 7.9% in the non-cooled system, whereas it raises to 10.2% with spray cooling.”

The Turkish group said that smaller droplet sizes are key to achieving a more even distribution of the water on the panel. They added that this requires more airflow.

“This means that the minimum value for the nozzle airflow needs to be avoided,” they said. “Thus, even at lower water flow rates, increased spray homogeneity will allow for more efficient cooling.”

The research team invested €200 in the pressurized water tank, the same sum in the compressor, between €25 and €100 for different kinds of nozzles, and around €50 for the piping applied to 10 panels.