The Most Promising Internet of Things Stocks for 2019 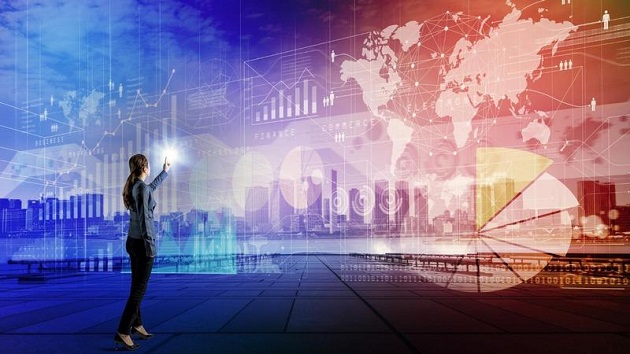 In 2018, it was an expectation from the IoT (Internet of Things), to be a big catalyst for the Semiconductor Industry, but the chip stocks weren’t saved by the industry from being through a massive correction because of a broad market slowdown. Combination of declining smartphone sales, potential oversupply conditions for memory chips, and insufficiently effective campaigns by the telecom companies to sell their customers on the benefits of IoT have resulted to put the brakes on the semiconductor industry’s growth.

Rising up from such downfall, IoT use is forecast to soar in the coming years as the areas of IoT applications increases, offering a big opportunity for chipmakers to boost sales. The companies are all set to take the advantage of three IoT trends that have either gained strong traction already, or are poised to.

Low-power wide-area (LPWA) networks will play a critical role in IoT deployments, as they are ideally suited to the connectivity needs of IoT and machine-to-machine (M2M) devices. Unlike smartphones, such devices don’t need a lot of bandwidth or speed; what they require most is longevity and durability. What an LPWA brings to the table is an inexpensive, power-efficient solution that allows IoT devices to communicate for long periods. In fact, IoT devices on an LPWA network can operate for as long as 10 years on a single charge. That’s why LPWA network deployments are expected to grow exponentially over the next few years.

Market intelligence firm Ovum predicts that the number of LPWA connections will increase from just 113 million at the end of 2017 to 2.11 billion by 2022. Sierra Wireless is already preparing to take advantage of this growth opportunity; last year, it launched its first embedded cellular modules for the LPWA market.

The good part: Sierra’s early move into this space is already paying dividends, as its LPWA modules were recently certified to operate on the LTE-M (long-term evolution for machines) networks of AT&T and Japanese telecom operator KDDI. Looking ahead, the increase in LPWA deployments will give Sierra the opportunity to move into more markets across the globe and land contracts with more telecom carriers.

That’s one of the reasons analysts expect Sierra’s earnings growth to start accelerating next year, and grow by double-digit percentages annually over the longer term. This makes Sierra a smart IoT bet, as it is trading at just 13 times forward earnings.

Cypress is pulling the strings where it matters

Cypress Semiconductor is going after lucrative IoT opportunities in the consumer electronics, automotive, and industrial spaces, and its recent results suggest it’s finding success in all these areas. The chipmaker is steadily increasing its revenues and profits, and it believes that it can keep doing so for the long haul.

For instance, Cypress is making inroads into the smart-home market with a series of aggressive product development moves. It unveiled a slew of chips in 2018 designed to seamlessly integrate wireless connectivity into smart-home applications. The company’s products are compatible with all the major smart-home automation platforms, Amazon’s Alexa, Apple’s HomeKit, Chromecast, etc., as well as the key cloud services.

And its products are gaining traction. For instance, leading LED lighting solutions provider LEDVANCE selected Cypress’ Bluetooth mesh technology earlier this year. This offers the chipmaker a significant opportunity, as the number of Bluetooth-enabled smart light bulbs is forecast to hit 57 million by 2021.

On the automotive front, Cypress is making a play on connected-car features such as advanced driver assistance systems (ADAS) and body electronics, applications that are rising rapidly. The market for ADAS is estimated to grow at an annual rate of 20% through 2021 as per Cypress’ estimates. The chipmaker has already struck deals with leading automotive component suppliers such as Denso and Bosch, which are using Cypress products such as power management chips and flash memory to improve self-driving systems.

What’s more, Cypress stock looks like a good deal. Its price is down 13% in 2018 as of this writing, and shares now trade at less than 10 times forward earnings estimates. Assuming that Cypress’ execution remains strong and its IoT business keeps improving, its stock could make a solid comeback next year.

Synaptics stepped up its IoT game by acquiring Conexant last year, and that move is paying rich dividends. The company now gets 22% of its revenue from its IoT business unit, as compared to just 14% last year. Not surprisingly, it has decided to shift more of its research and development dollars toward that segment, which is the right thing to do given the huge potential in the smart audio market.

Juniper Research predicts that the global smart audio devices market will grow four-fold over the next five years, hitting $10 billion in revenue in 2022 as compared to $2.5 billion last year. This opens up a solid opportunity for Synaptics’ AudioSmart far-field digital signal processors (DSPs), which play a critical role in the operation of smart audio devices such as speakers.

Synaptics has already scored notable deals in this space with the likes of Harman International and Anker, which are using its DSPs to integrate Amazon’s Alexa voice assistant into their devices. What’s more, the company is now making moves into the smart-television and set-top box markets. Chinese consumer electronics maker TCL will use Synaptics chips to integrate Alexa into its TVs.

In sum, the growing influence of IoT on Synaptics’ business is helping the company get back on its feet after its bet on an emerging smartphone technology failed to pay off. Moreover, investors today can buy into Synaptics’ turnaround at a share price of less than 8 times next year’s expected earnings, making it an affordable IoT bet.

The bottom line is that all three of these chipmakers are trading at attractive levels, are targeting fast-growing IoT businesses, and have made tangible progress at growing market share in their niches. Their stocks should be on investors’ 2019 watch lists.