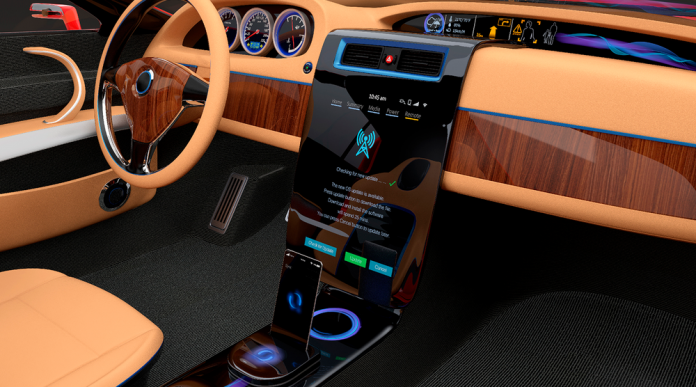 The evolution of electronics over the past two decades has been nothing short of remarkable. Since the 1940s, the steady rise of electronic equipment has triggered a transformation across the world, particularly in industries such as automotive, aerospace, medical, telecommunications, and consumer electronics, among others.

This evolution has birthed myriad new product categories, including digital flat-screen TVs, smartphones, digital imaging, etc., which have begun to gradually take over from long-established products. Studies suggest that in 2020, there were more than 3.5 billion users of smartphones worldwide.

From a technology development standpoint, the rise in new applications and electronic devices has, in turn, led to a surge in demand for higher memory density, better performance, and lower power requirements. It’s opened up new growth avenues for alternative memory technologies, including semiconductor memory.

Considered to be a fundamental part of nearly every modern electronic system, the semiconductor memory market is gradually receiving more attention in recent years.

Overview and History of Semiconductor Memory

The origins of modern computer memory can be traced back to 1947, when the first all-electronic memory was developed at Manchester University, dubbed the Williams-Kilburn tube. It used a cathode ray tube for the storage of bits as dots on the surface of the screen. This discovery led to a slew of developments in computer memory technology, including the emergence of magnetic memory systems such as magnetic core memory, magnetic drum memory, magnetic bubble memory, and magnetic tape drive.

As demand soars for sophisticated electronics, semiconductor memory is experiencing steady evolution in terms of revamping existing technologies, as well as the emergence of newer advanced solutions.

An example of this is Samsung Electronics’ additional production line in Korea’s Pyeongtaek location intended to accelerate mass production of the first 16-GB LPDDR5 mobile DRAM, which uses extreme ultraviolet (EUV) technology. Leveraging the company’s third-generation 10-nm-class (1z) process, the novel memory technology is claimed to possess the largest capacity and highest mobile memory performance. As a result, more consumers could access the benefits of AI and 5G features in their next-gen electronic devices.

The pairing of 19th century-based internal combustion engines with electrical systems of the 20th century has been the core part of the evolution in the 21st century’s automotive technology. Modern cars are expected to be more connected, autonomous, shared, and electric, as compared to their older counterparts, leading this evolution to be dubbed the “CASE Revolution.”

This transformation is defined mainly by various parameters such as efficient and complex interconnectivity and more integrated internal and external vehicular systems. Bolstered by the integration of electronics in automotive systems, trends such as widespread adoption of IVI systems, faster 5G networks, and lifelong battery systems are front and center throughout the industry. In turn, it’s considerably driven up the need for high-capacity automotive memory, especially for NAND and DRAM solutions in the modern semiconductor memory market.

Samsung Memory is leading the charge in this arena. For instance, for level 1 or 2 autonomous vehicles, the company has underpinned sensors, radar, and cameras as the core technologies for distributed systems designed to promote autonomous emergency brakes and driver-assistance features.

For levels 3, 4, and 5, the company has touted vehicle systems that empower vision computing, HD maps, and fusion. With respect to computer memory, as of 2020, level 3 autonomous-driving solutions consist of over 128 GB of NAND and 4 GB of RAM, with the number expected to significantly increase over the coming years.

Other major players in the semiconductor memory industry are equipping themselves for the automotive electronics surge through acquisitions and partnerships.

For instance, in 2020, Infineon Technologies AG received approval from U.S regulators to acquire San Jose-based company Cypress Semiconductor, in a deal designed to catapult Infineon beyond its core security IC market. Infineon inked the deal to gain a stronger position in the industrial, automotive, and IoT fields by leveraging the connective product portfolio of Cypress, particularly its NOR flash memories and microcontrollers. This gives Infineon an added edge in the automotive domain by meeting the growing demand for ADAS and other high-performance automotive applications.

Lamborghini to Invest in Maharashtra for Electric Vehicle Plans

The Mobile Future is Electric