Home News India News The Future of Electronics is Light : Decoding how Photonics is shaping... 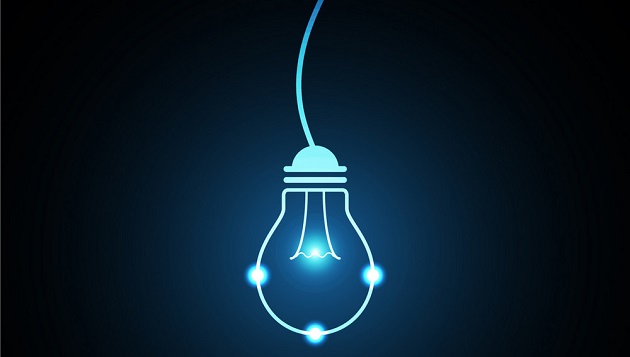 Look around yourself and ask a simple question- what is that you find in abundance? The likeliest of answers to that simple questions would naturally be light. It really is all around us, and unlike air, we can see it too. For scientists, the properties of light mean that the potential in it for the future of technology is immense. Take solar generated electricity for example. By using sunlight alone, we can now imagine to power the entire world. But, would be it be possible, at all, to be able to use light in more intricate systems and circuits? You’ll be amazed to know that there is so much more to light than meets the eye.

Enter Photonics. It’s a hidden fact that our modern world runs on light. Every email, every cell phone call, every website is encoded into data and sent around the world in the form of tiny packages of light down optical fibres, Lasers, the power-tools in the world of light, are used to manufacture cellphones, to scan your barcodes at the supermarket, to detect gases, to test and grade primary produce, diagnose diseases, sort molecules, and countless other tasks.

The role of photonics in our modern world is immense. Although most of the tasks happen in the background, it would be hard to imagine a world without light and its properties that are helping shape the way we look at things. But, where exactly is this innovative technology of light used?

The potential economic impact of photonic technologies in the next ten years is considerable and a number of industrial organizations have predicted growth rates of up to 25 per cent with total markets of hundreds of billions of dollars. One important aspect of the photonics component market is that it enables much larger, systems-level technologies. Businesses in the field of photonics and light-based technologies work on solving key societal challenges, such as energy generation and energy efficiency, healthy ageing of the population, climate change, and security. Photonic technologies have major impact on the world economy with a current global market of €300 billion and projected market value of over €600 billion in 2020. Growth in the photonics industry more than doubled that of the worldwide GDP (gross domestic product) between 2005 and 2011. Photonics impacts around 10 per cent of the European economy. This leverage is generated by a European photonics market worth €58.5billion (21 per cent of the world market) and a European photonics industry employing 290,000 people.

Photonics is the technology of generating and harnessing light and other forms of radiant energy whose quantum unit is the photon.  Photonics involves cutting-edge uses of lasers, optics, fibre-optics, and electro-optical devices in numerous and diverse fields of technology – alternate energy, manufacturing, health care, telecommunication, environmental monitoring, homeland security, aerospace, solid state lighting, and many others.

Now, that it is clear that the potential in the photonics technology is immense, it would be only natural to understand that a lot of research is being done on it. Scientists from around the world are engaged in studying the intricate properties of light and are trying to find solutions to a myriad of problems only by using light. Today’s electronics depend upon the movement of electrons through a semiconductor. However, even the most sophisticated and refined of electronic circuitries have some innate flaws. Then, you have the challenge to address miniaturisation. After all, there is a physical limit to shrink a semiconductor. In times like this, many engineers are studying light closely to see if photons can substitute electrons within an electronic circuit. If that becomes possible, then miniaturisation of electronic components would no longer be a major challenge. Besides, scientists also say that electronic systems that run on photons are more power efficient.

Fibre-optic cables package everything from financial data to cat videos into light, but when the signal arrives at your local data centre, it runs into a silicon bottleneck. Instead of light, computers run on electrons moving through silicon-based chips, which are less efficient than photonics. To break through, scientists have been developing lasers that work on silicon. Researchers now write that the future of silicon-based lasers may be in quantum dots.

To break through this bottleneck, researchers are trying to integrate photonics into silicon devices. They’ve been developing lasers — a crucial component of photonic circuits — that work seamlessly on silicon. In a paper in APL Photonics researchers from the University of California, Santa Barbara write that the future of silicon-based lasers may be in tiny, atomlike structures called quantum dots.

Aspheric optical components, such as lenses and mirrors, have become prevalent in optical systems because of their advantages over spherical optics. Aspheric components have surface inflections that allow for good performance by minimizing spherical aberration. While surface inflections increase performance, they also increase the degree of difficulty to manufacture these parts. Because of the departure from a best-fit sphere, computer numerically controlled (CNC) polishing technology is necessary to efficiently polish precision aspheric components.

One CNC approach, called Ultra-Form Finishing (UFF), is a deterministic polishing process that involves a moving belt of polishing material wrapped around a precision compressive wheel. UFF is a sub-aperture polishing technique, meaning the polishing tool (the UFF belt) comes in contact with only a small area of the surface. Five axes of computer-controlled motion provide the ability for the polishing tool to maintain constant contact with the aspheric surface.

Topological insulators are unique structures which conduct electric current along the surface only, while remaining insulating inside. A peculiar protected state forms at the surface where electrons in the current become stable to all external influences or material defects. The current thus runs through the material in one direction without reflection and loss.

Although scientists have been studying electronic topological insulators for several decades now, there were no such structures for electromagnetic waves until 2015. Physicists from the ITMO University, City University of New York and the Australian National University first managed to make a substantial progress in the research of compact all-dielectric topologically protected photonic structures, providing full and unprecedented control over light localisation. The progress on electromagnetic topological insulators promises major technological advances in the near future.

The Future of Electronics is Light

Right now, everything within electronic circuits happens by moving electrons around. To substitute light as the medium, we actually need to move photons instead. Subatomic particles like electrons and photons travel in a wave motion, vibrating up and down even as they move in one direction. The length of each wave depends on what it’s traveling through.

In silicon, which is the most efficient wavelength for photons is 1.3 micrometres. This is very small – a human hair is around 100 micrometres across. But electrons in silicon are even smaller – with wavelengths 50 to 1,000 times shorter than photons. That means that the size of the components will have to increase slightly. However, we have to consider that the source of light doesn’t need as many inductors as electrons. Photonics is still a very raw concept as far as electronics is concerned. But scientists believe that our future circuits will be powered by nothing else but light.