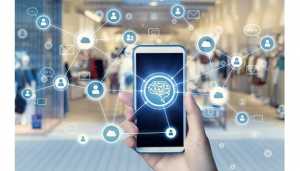 Bharti Airtel and Vodafone Idea (VIL) are preparing to launch commercial narrow-band IoT (NB-IoT) services in India in the coming months, having brought various partners on board to develop a complete device and sensor ecosystem.

Both telcos are currently in various stages of pilot runs in different circles, executives said. Airtel is now identifying around 20,000 sites in Karnataka and Chennai to conduct NB-IoT trials.

“We’ll be going with a pilot in a denser way rather than just a few trial sites…in a couple of months, we will be commercially rolling out,” said Ajay Chitkara, CEO, Airtel Business.

Vodafone Idea, on the other hand, has already conducted commercial pilots in eight cities, and is now hoping to win its first commercial NB-IoT deployment deal in the coming weeks.

“We’re looking at winning our first commercial deployments over the next six weeks. So, commercially we’re also seeing customers now, wanting to buy that. Once we contract them, we will go and deploy,” said Vodafone Idea Nick Gliddon, chief enterprise business officer.

Gliddon said that all eight pilots were conducted in cities such as Kochi, Jaipur, Bengaluru and Chennai and involved smart meters.

NB-IoT is a new technology standard, designed to broaden the future of IoT connectivity, providing significantly improved and deeper network coverage for communication between machines while lowering power consumption by devices.

Airtel’s Chitkara said that the telco’s IoT services are already growing in the country and NB-IoT technology will help it address the demand. “We have around five and a half million subscribers on our IoT side and the way growth is happening, we need to eventually get into NB-IoT.” Chitkara said NB-IoT will offer scale as compared to traditional IoT technologies.

“130 million devices need to be connected on meter and that is the reason people say that you can’t run on the existing ecosystem.” VIL too is aiming to expand its NB-IoT to pan-India level in the next 12 months to tap specific opportunities in smart city space along with other applications.

MATLAB EXPO 2017 will be hosted by MATHWORKS India