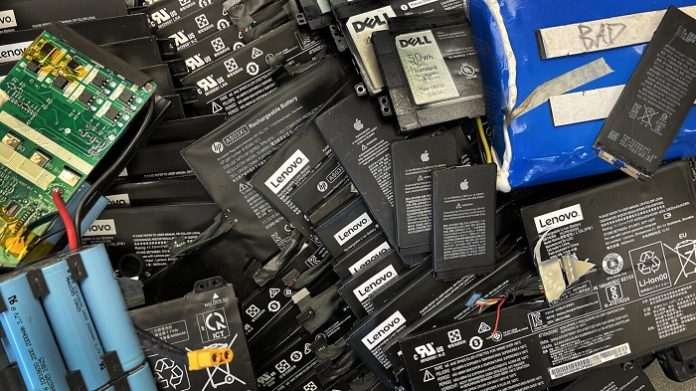 Billions of dead lithium-ion batteries, including many from electric vehicles, are accumulating because there is no cost-effective process to revive them. Now, Princeton researchers have developed an inexpensive, sustainable way to make new batteries from used ones and have spun off a company to scale up the innovation.

“What we see is that people would be willing to give us their dead batteries that are currently just sitting around. They receive back from us new pristine cathode materials for new batteries cheaper than they could manufacture on their own,” said Chao Yan, co-founder, and CEO of Princeton NuEnergy and a postdoctoral research associate in the Department of Mechanical and Aerospace Engineering.

Princeton NuEnergy uses a process developed by researchers who combined expertise from diverse fields to solve a longstanding problem: how to turn spent cathode materials, or the expensive part of a lithium-ion battery, which contains elements such as cobalt, nickel, manganese and lithium, into pristine new cathodes. Current technologies for recycling lithium-ion batteries rely on harsh chemicals and high-temperature, energy-intensive processes to break down spent batteries to their elemental components. These processes have been challenging to scale up commercially and in an environmentally viable way. Instead, Princeton NuEnergy is upgrading and renewing the cathodes themselves in a form of direct recycling.

The team’s method recovers much of the structure and composition of the used cathode, along with cobalt and lithium. The method for generating fresh cathode material reduces water use by approximately 70%, and energy use and emissions by 80%, according to the researchers.

Xiaofang Yang, who was an associate research scholar at Princeton, led the technology development and is a co-founder and CTO of the company. Yiguang Ju, the Robert Porter Patterson Professor of Mechanical and Aerospace Engineering, and Bruce Koel, professor of chemical and biological engineering, are cofounders and serve as technology advisors.

At the heart of the team’s process is the use of low-temperature plasma, an ionized gas that is extremely reactive. Because of this reactivity, plasma can be used to carry out chemical reactions to remove contaminants from the cathode powder that would otherwise require very high temperatures and would largely decompose the material. The Princeton NuEnergy team cleans up the cathode material without destroying it. Their method involves mechanically separating the cathode and anode materials and running the cathode powder through a plasma reactor to remove contamination produced from using the batteries.