Skyroot Aerospace to launch ‘Made in Telangana’ rocket by 2021-End 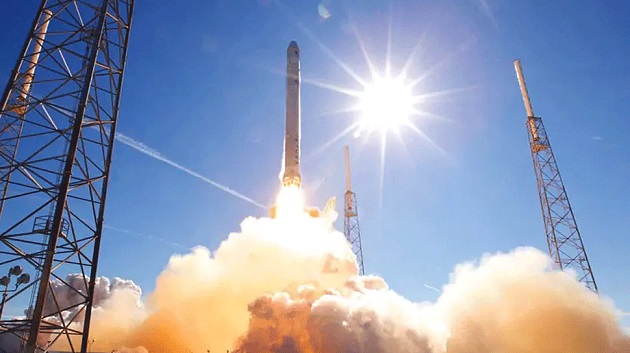 Hyderabad-based space start-up Skyroot Aerospace is gearing up to launch its first rocket later this year to put commercial satellites into space. The launch vehicle ‘Vikram-I’ which is under manufacturing and targeted for launch in December, hosts an Orbit Adjustment Module (OAM) that gives the final burn and inserts multiple satellites into space.

Skyroot, which builds small satellite launch vehicles (SSLVs), is among the nine ground-breaking start-ups and the only space start-up in the country chosen to interact with Prime Minister Narendra Modi to commemorate five years of Start-up India initiative.

Pawan Kumar Chandana, co-founder & CEO, Skyroot Aerospace told Telangana Today, “This year, we have three full rocket stage tests. They will be done at Indian Space Research Organisation (ISRO) facilities one every 2-3 months before we go for a launch by end of the year.”

“We are building advanced rockets which can be assembled and used to launch satellites to space. We are the first to build a liquid, solid fuel and 100 per cent 3D printed cryogenic rocket engine. It typically takes two years to build a cryogenic engine, but we made this in two days using 3D printing and advanced materials such as superalloys,” he added.

The company won the National Start-up Awards 2020 in the space category in October for its innovations. It is founded by former ISRO scientists, Pawan Kumar Chandana and Naga Bharath Daka.

Skyroot has created about 100 direct and indirect jobs so far and may create thousands of jobs in future, added Skyroot co-founder and COO Naga Bharath Daka.

Engine Testing
Skyroot recently test-fired a solid propulsion rocket engine named Kalam-5, the first of its five Kalam-series rocket engines. The engine uses a carbon composite case and a more advanced version will be built and tested at ISRO’s facilities before powering Vikram-I by December 2021.

The company also has developed a fully cryogenic rocket propellant engine ‘Dhawan-1’, which is India’s first privately developed indigenous rocket engine which runs on liquefied natural gas (LNG) as fuel. “We are building a dedicated test facility for hot-fire testing of this engine. We are aiming to test fire it in April,” Chandana added.

In another ‘India’s first’, the company test-fired its upper stage liquid engine named ‘Raman’, a bi-propellant engine. The engine hosts a 100 per cent 3D printed injector, which reduced its overall mass by 50 per cent and a number of components and leads time by 80 per cent. It will be able to support long-duration missions as an orbital platform.