Self-Charging Hiking Boots are grabbing all the attention 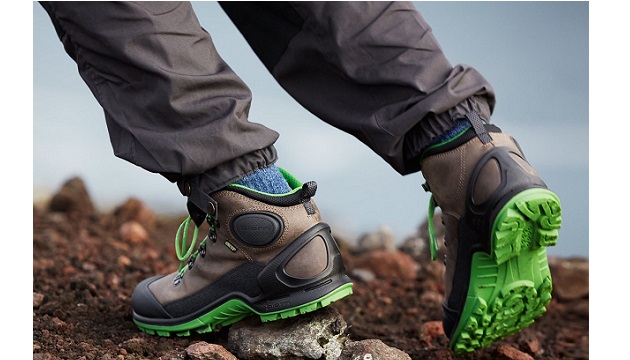 Hahna Alexander, CEO and founder of SolePower has her way, you’d just plug your phone into your hiking boots and charge up. For that, Alexander built a successful prototype as a class project while a student of mechanical engineering at Carnegie Mellon University. The idea was to create a shoe that harvested kinetic energy to light an LED. The purpose of the footwear was to make walking around campus at night safer. However, when they demoed the product, they realized people were interested in far more than a shoe that just lit up.

Some Department of Defense groups indicated an interest in having the ability to charge everything from health monitors to trackers and even use the technology as a backup to their backups. That’s when Alexander realized the broader application potential and started the company, SolePower.

Initially, SolePower focused on hikers and backpackers because, as Alexander explained, “There’s a lot of technology that comes out of that space before it gets to a broader consumer market.” The idea was that backpackers needed a reliable way to recharge, let’s say, their GPS device while on the trail. However, the reality was a $5 backup battery was perfectly adequate for the needs of 98 percent of hikers. Those who are out for extended periods of time are the only ones who might find a SolePower boot indispensable, but that market is a bit too niche to be a viable business option for now. Alexander admits the misstep may have been not adequately defining the problem they were setting out to solve.

While they are moving away from the hiking market for now, they may circle back around again at a later date. Alexander said that while there is a lot of consumer interest in wearable devices, she thinks the teams and engineers working on them often approach these devices from a very technical perspective instead of considering the application itself early in the process.

They did discover a market that severely needed this type of wearable device in the B2B space. First responders and firefighters had problems with wearables that ran out of power, or the devices were not made in a form that made sense for the user. They wanted something that integrated into the protective equipment they were already using that would also solve the problem of battery life.

But data cannot be collected if you run out of power and battery life is only going to get worse as we become more connected. What SolePower has come up with is, as Alexander describes it, a wearable that never needs to be plugged in, is always working, and is always there, so you don’t have to think about it. On top of all of that, it sends you useful data.

Alexander said that many technical challenges to a wearable boot device exist, but a big one is the fact that everyone has a different gait, so the design methodology was to put a lot of redundancy on the platform.

Along with the kinetic charger in the heel, the boots contain two different communication modules; a Wi-Fi and a sub GHz RS transceiver. They also use a standard DecaWave Ultra Wideband (UWB) transceiver for indoor positioning, which up until now has been a challenge.

Environmental sensors include altimeter pressure sensors and thermocouple temperature sensors. Engineers have also included open ports for Force Sensitive Resistors (FSR) and pressure pads that will go into the insoles for physiological monitoring and position monitoring.

The boots also have GPS and RFID, as well as a nine-axis IMU for Degree of Freedom (DOF), accelerometer, gyroscope, and geomagnetic sensors all in one.

The Excitement of Challenges

Alexander admits they have chosen a hard product to build due to challenges related to power, size, and usability, but those obstacles make it exciting.

“The most challenging part is we have to treat power a bit like a currency,” said Alexander. Each step only supplies a certain amount of power, and they have to figure out what that power should be used for intelligently.

Alexander said that there is no better time to be building this type of technology because of the availability of off-the-shelf modules such as the indoor positioning DecaWave UWB transceiver and the fact that engineers and other startups are frequently posting in blogs on online communities. There is just no need to spend time reinventing the wheel.

Personally, I’m looking forward to the day when SolePower revisits the hiking boot. The only thing holding me back from hiking the entire length of the Appalachian Trail is not having the right footwear.