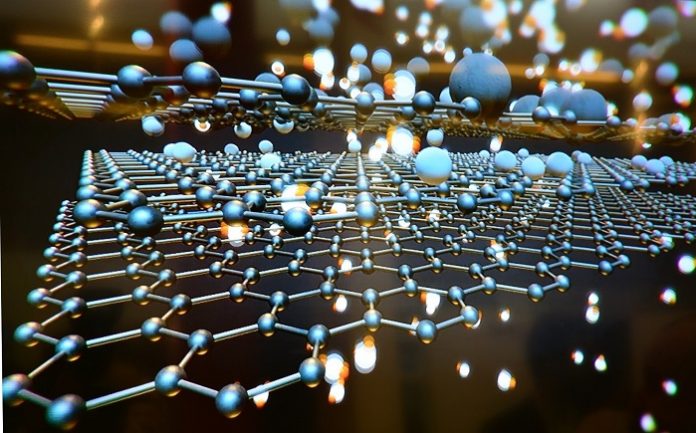 Material scientists have developed a fast method for producing epsilon iron oxide and demonstrated its promise for next-generation communications devices. Its outstanding magnetic properties make it one of the most coveted materials, such as for the upcoming 6G generation of communication devices and for durable magnetic recording.

Iron oxide (III) is one of the most widespread oxides on Earth. It is mostly found as the mineral hematite (or alpha iron oxide, α-Fe2O3). Another stable and common modification is maghemite (or gamma modification, γ-Fe2O3). The former is widely used in industry as a red pigment, and the latter as a magnetic recording medium. The two modifications differ not only in crystalline structure ( alpha-iron oxide has hexagonal syngony and gamma-iron oxide has cubic syngony) but also in magnetic properties.

In addition to these forms of iron oxide (III), there are more exotic modifications such as epsilon-, beta-, zeta-, and even glassy. The most attractive phase is epsilon iron oxide, ε-Fe2O3. This modification has an extremely high coercive force (the ability of the material to resist an external magnetic field). The strength reaches 20 kOe at room temperature, which is comparable to the parameters of magnets based on expensive rare-earth elements. Furthermore, the material absorbs electromagnetic radiation in the sub-terahertz frequency range (100-300 GHz) through the effect of natural ferromagnetic resonance. The frequency of such resonance is one of the criteria for the use of materials in wireless communications devices—the 4G standard uses megahertz and 5G uses tens of gigahertz. There are plans to use the sub-terahertz range as a working range in the sixth generation (6G) wireless technology, which is being prepared for active introduction in our lives from the early 2030s.

The resulting material is suitable for the production of converting units or absorber circuits at these frequencies. For example, by using composite ε-Fe2O3 nanopowders it will be possible to make paints that absorb electromagnetic waves and thus shield rooms from extraneous signals, and protect signals from interception from the outside. The ε-Fe2O3 itself can also be used in 6G reception devices.