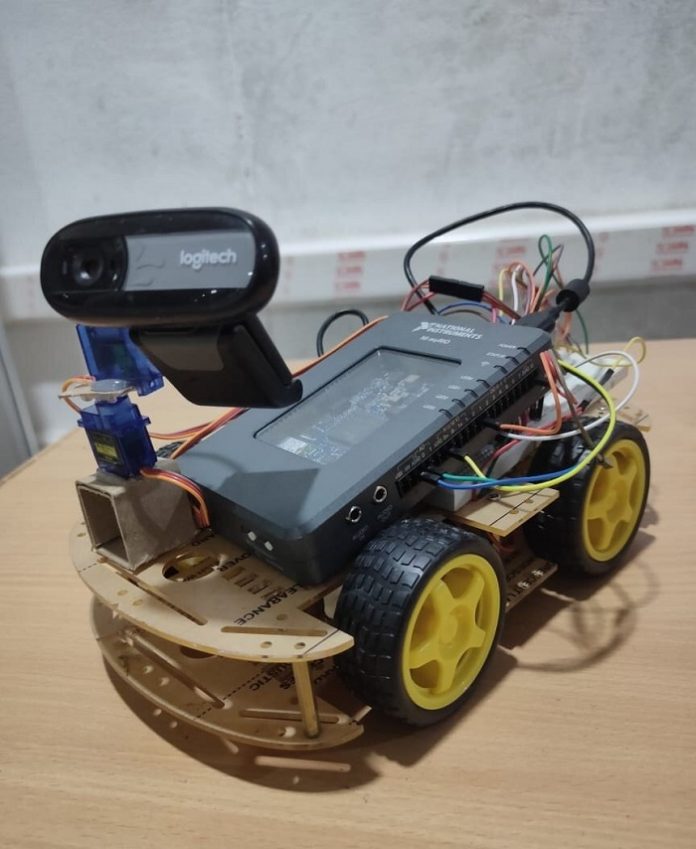 Two students in Kanuru, India, have created a virtual telepresence robot that allows users to see what is happening in a remote location as if they were actually there. Their project provides a valuable example of how robots can be used to capture video data in real-time and monitor places that are momentarily or permanently inaccessible to humans.

The main objective was to allow users to see things that are happening in remote locations in real-time. To achieve this, a robot was created with an on-board camera and Wi-Fi capabilities, which captures videos and allows users to watch them instantly on their smartphone, on an internet browser, or via virtual reality (VR) headsets.

Whatever is captured by the robot’s camera can be transmitted directly to a user’s smartphone, which can also be placed in a VR box or headset, allowing users to view the environment in VR as if they were actually navigating it. “The user feels as if he/she is present at that location, as the robot’s onboard camera moves in accordance with the user’s head movements.

Initially, the researchers controlled the robot‘s movements and streamed the videos captured by its camera using an Arduino microcontroller and a Raspberry Pi, a minicomputer with no screen. It was ensured that the robot’s movements matched a user’s head movements. To do this, leveraged accelerometers and gyroscopes (i.e., sensors that can determine the position and orientation of an object), which are key components of most existing devices were used.

Essentially, the data collected by the accelerometers and gyroscopes in a user’s smartphone is used to determine his/her head movements. This data is transferred to a Raspberry Pi device and then used to control the movements of the robot’s camera, to ensure that they match a user’s head movements.

Although the first prototype of the robot was built using Raspberry Pi and Arduino, subsequently, the researchers substituted these two components with a more sophisticated device called MyRIO. MyRIO is a portable device that can serve both as a data processor and controller; thus, it can combine the capabilities of Raspberry Pi and Arduino devices.